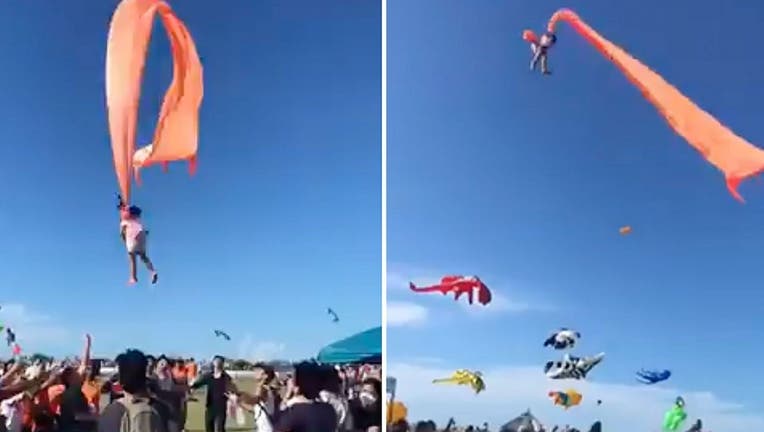 A 3-year-old girl was lifted into the air by a large kite during a kite festival in Hsinchu, northern Taiwan, on Sunday. The wind slowed down and the girl was safely recovered by adults on the ground. (Credit: Dainese Hsu)

TAIPEI, Taiwan - A 3-year-old girl in Taiwan was reported safe after becoming caught in the strings of a kite and lifted several meters into the air.

The unidentified girl was taking part in a kite festival Sunday in the seaside town of Nanlioao when she was caught up by a giant, long-tailed orange kite.

Video shot at the scene showed her twisting several times above a crowd of adults who struggled to pull the kite back to earth.

News reports said the girl was frightened but suffered no physical injuries in the incident.