McCarthy recites Masked Singer facts, while sharing who would be her dream contestant on the show. It’s Barry Manilow — in case you’re wondering.

In the video, McCarthy recites "Masked Singer" facts, while sharing who would be her dream contestant on the show. It’s Barry Manilow — in case you’re wondering.

"That’s not even a joke," McCarthy whispers. "I love me some Barry Manilow. He writes the songs that make the whole world sing, including me."

So far, the entire fifth season of "The Masked Singer," has been filled with left turns and explosive reveals.

From the unmasking of Kermit the Frog to the winners of the FOX Super 6 contest taking home cash, McCarthy’s ASMR performance is just another addition to an unforgettable year for America’s most popular game show.

What is ASMR, you ask?

Most people agree that the sound of nails on a chalkboard is freakishly unpleasant. ASMR is described as an opposite feeling: a tingly euphoric response, usually starting on the head and scalp, and sometimes spreading down the neck, arms or back. 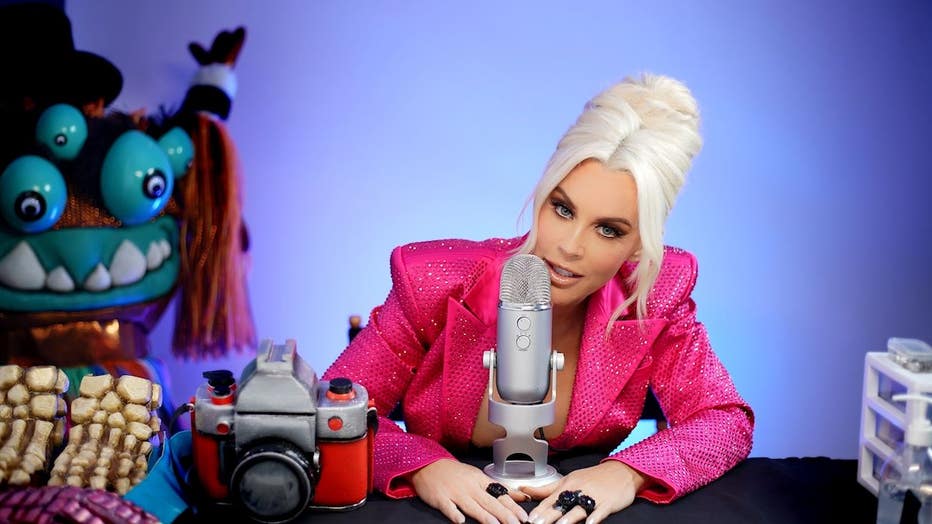 Triggers include videos of someone turning pages in a book, pretending to give an eye exam or tapping on a collection of purses.

some say it’s deeply relaxing, making it different from goosebumps or chills. The feeling helps some people get to sleep.

While the whole thing seems like some bizarre internet trend, there’s some real science to back it up.

In England, University of Sheffield researchers found something surprising when they hooked up 112 volunteers to electrodes to gather biophysical data during ASMR videos: The tinglers seemed physically excited, but their heart rates slowed.

Half the volunteers were self-identified ASMR fans. They had greater reductions in their heart rates — by about three beats per minute — compared to the non-tinglers while watching the same videos. Their bodies became more excited, compared to non-tinglers, as measured by how their skin conducted electricity.

While more research is needed to clarify if the internet craze helps with depression, anxiety and insomnia, one thing is certain: If ASMR "Masked Singer" content doesn’t blow your mind, the upcoming wildcard episode will.

This station is owned by the FOX Corporation. This story was reported from Los Angeles. The Associated Press contributed.