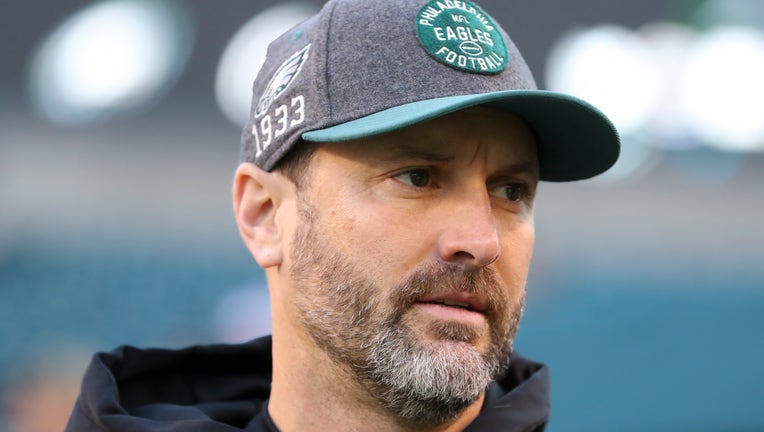 "It was not an easy decision for me to make and I appreciate everything that Mike Groh and Carson Walch contributed to the organization and to my staff," Pederson said in a release.

Groh, a veteran NFL coach who also spent time on the Alabama staff, had been with the Birds since 2017. He first worked as a wide receivers coach during the team's Super Bowl winning season, and was promoted to Offensive Coordinator when Frank Reich left to coach the Colts.

Walch was hired in 2018 as an Assistant Wide Receivers coach and was later promoted to head Wide Receivers Coach. He worked alongside Groh in Chicago as Offensive Quality Control Coach, and spent time coaching in the Canadian Football League.

"This is one of the most difficult parts of the job and something that weighs on me, but ultimately I have to make a decisions that I believe are in the best interest of the football team moving forward," Pederson said.

Injuries to key offensive players stacked up for Philadelphia during the 2019-2020 season. Groh and Walch were without DeSean Jackson for most of the year, and nagging injuries kept Nelson Agholor, Alshon Jeffery, Jordan Howard and others kept the offense unstable.