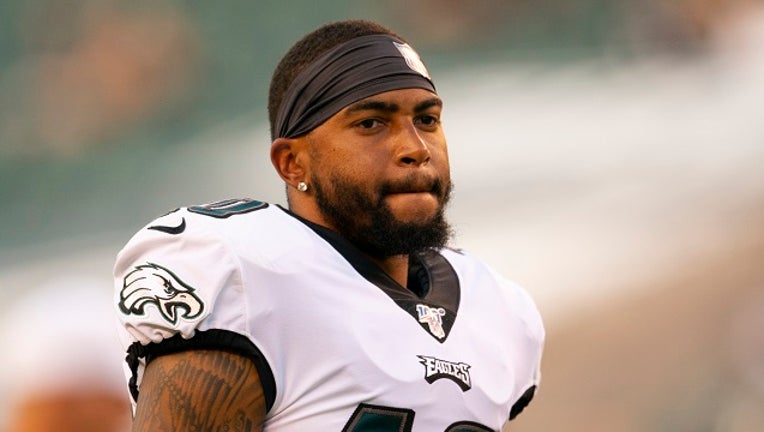 FOX 29's Kristen Rogers spotted Jackson in the locker room with a small brace on his finger Tuesday. He is expected to be okay and not miss any time.