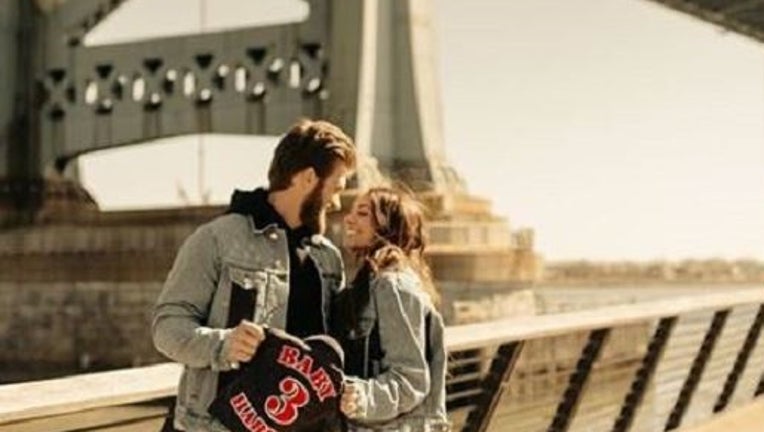 PHILADELPHIA - Baby Harper is on the way. The Philadelphia Phillies announced that Bryce Harper is officially on paternity leave. Bryce and Kayla have not announced the birth on social media at this time.

Harper announced back in April on Instagram that he and his wife, Kayla, were expecting their first child, a boy. Harper posted a photo of him and his wife holding a "Baby Harper" No. 3 jersey in front of the Benjamin Franklin Bridge. He posted a second photo of a sonogram on top of a baby Phillies jacket.

Earlier this month, Kayla posted a photo on Instagram of her glowing at her baby shower. " Little man was showered with so much love this weekend that he’s going to need an outfit change every 30 mins 😅#BabyHarper #Partyof3," she wrote.