10,000 camels to be shot amid severe Australian drought

Up to 10,000 feral camels in South Australia could be killed as they consume scarce water sources in drought-afflicted areas and cause damage to local infrastructure.

ADELAIDE, Australia - About 10,000 feral camels in a remote area of South Australia are at risk of being killed as severe drought conditions have pushed the animals to consume already scarce water sources.

The shooting is set to start Wednesday and will last for five days, according to Aboriginal leaders in the Anangu Pitjantjatjara Yankunytjatjara lands.

The area’s local government said in a memo on Facebook that "extremely large groups of camels and other feral animals in and around communities" are putting pressure on remote Aboriginal communities as the camels search for water. 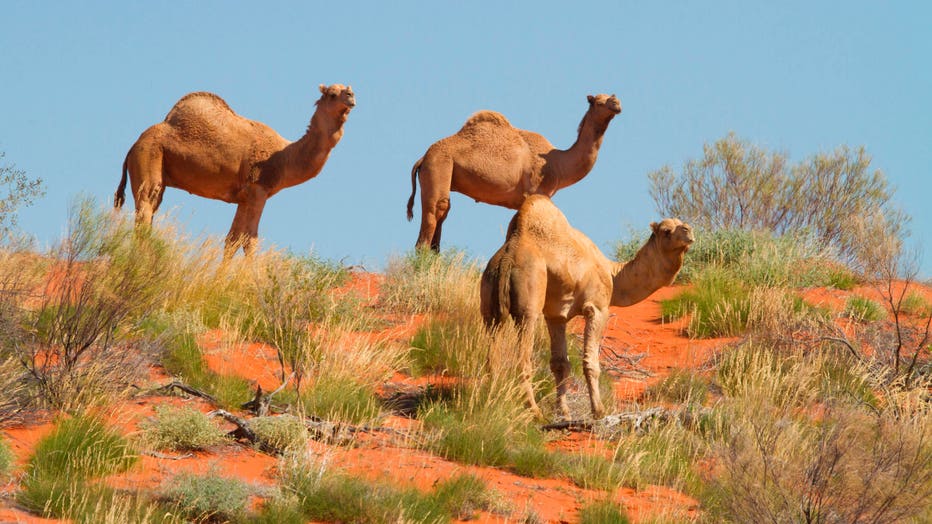 The South Australian Department for Environment and Water estimated that 10,000 camels are flocking to water sources, including tanks, taps and any available water, according to the Australian Broadcasting Corporation.

"In some cases, dead camels have contaminated important water sources and cultural sites," a DEW spokesperson told the outlet.

Australia has experienced its hottest and driest year on record, fueling deadly fires across the country that have been blazing since September. So far, 26 people have been killed, 2,000 homes destroyed and an area twice the size of the U.S. state of Maryland has been scorched.

RELATED: Australian wildfires: Here’s how to help those in need as flames engulf wildlife, homes

Professional shooters were expected to kill thousands of the animals from helicopters over the next week, the Australian Broadcasting Corporation reported. Their carcasses will be left to dry off before they are burned.

Camels were introduced to Australia during the 19th century and used for transport and construction, according to the Pew Charitable Trusts. By 2010, scientists estimated that up to one million feral camels roamed the Australian Outback.

The animals eat more than 80 percent of the plant species available, a higher percentage than any other species consumes, according to Pew.

If culling did not take place, camel populations can double every eight to 10 years, according to Pew.