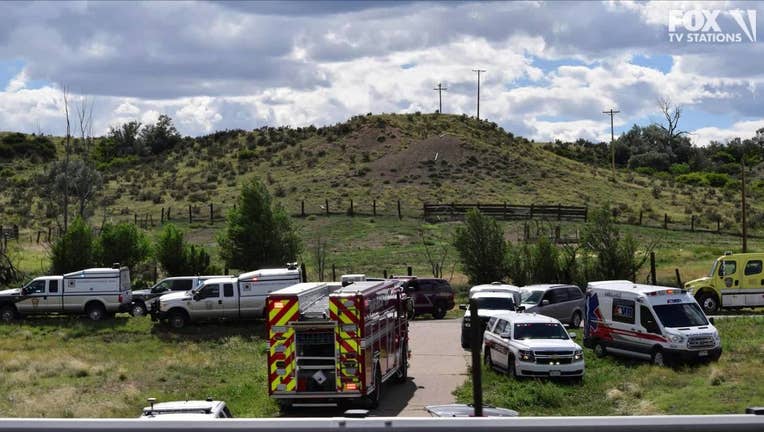 The bus was carrying a charter group from a church in Albuquerque, New Mexico, and was traveling southbound on Interstate 25 when it struck the bridge structure and veered off the highway about 10 miles north of Pueblo, state Patrol Cpl. Ivan Alvarado said.

The driver may have had an unspecified medical issue that contributed to the crash, Alvarado said. The driver, whose identity wasn't released, was ejected from the bus and died, he said.

The identity of the other person who died wasn't immediately known. Thirteen other people sustained injuries varying from minor to critical, the state patrol said.

The bus was returning to New Mexico from a convention in Denver, The Pueblo Chieftain reported, citing Colorado State Police officials.

Alvarado said he had no further information about the New Mexico charter.

The accident caused extensive backups in both directions of the interstate.