CHESTER, Pa. - Firefighters say no one was hurt after a massive 4-alarm inferno engulfed a vacant building in Chester on Saturday.

Crews were called to a large brick building on 213 Trainer Street just after 7 p.m. for reports of a fire, according to officials.

The fire raged to four alarms as the City of Chester Fire Department called for backup from neighboring departments, including the Aston Fire Department and Upper Chichester.

Firefighters later confirmed that the building was empty at the time of the fire and reported no injuries. 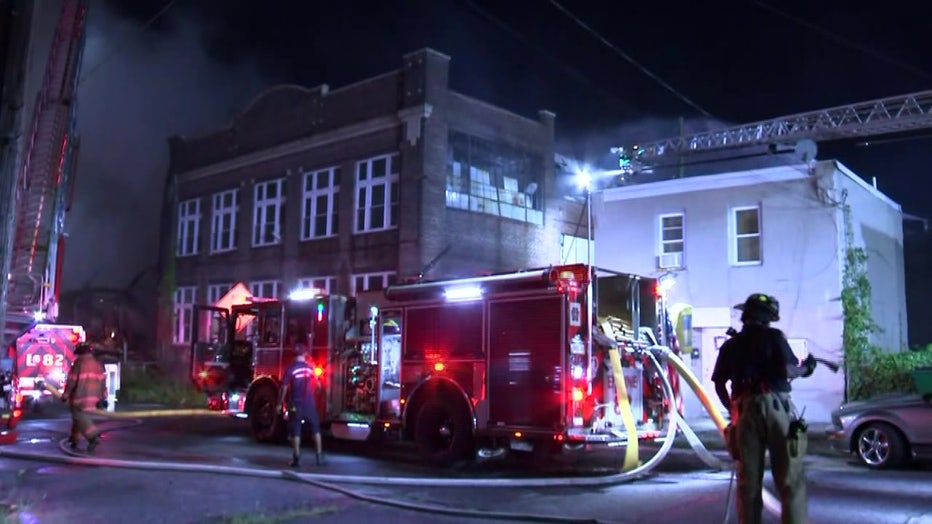 Crews from Chester and neighboring departments battled a four-alarm blaze on Saturday night.

Officials have not said what sparked the blaze.