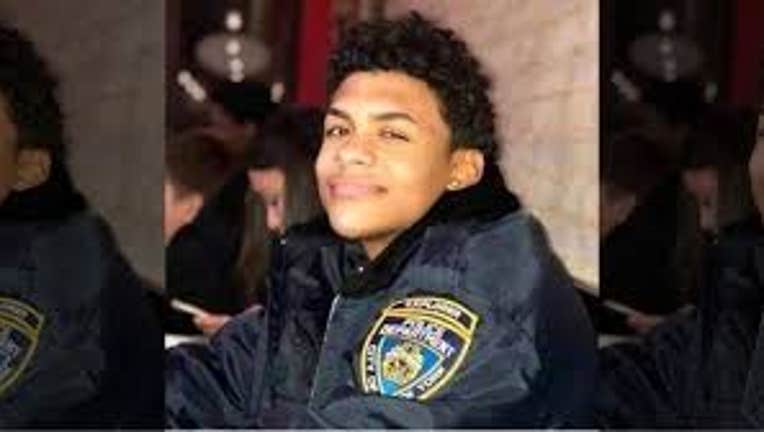 NEW YORK - Five young men were convicted Friday of first-degree murder in the brutal stabbing of a teenager at a Bronx bodega, images of which were captured on a surveillance video and drew massive public outrage.

The Bronx Criminal Court jury reached the verdict in the death of 15-year-old Lesandro Guzman-Feliz after less than two days of deliberation.

Authorities say Guzman-Feliz, known as "Junior," was killed last June in a case of mistaken identity by a pack of 14 men searching for gang rivals. He was followed into a bodega, dragged onto the street and stabbed with knives and machetes.

A video of the attack showed a bread knife piercing his neck and delivering the fatal blow.

The five defendants - Jonaiki Martinez Estrella, Manuel Rivera, Elvin Garcia, Jose Muniz and Antonio Rodriguez Hernandez Santiago - are between 19 and 25 years old and alleged members of the Trinitarios gang. They also were convicted of gang assault and conspiracy and face up to life in prison at sentencing on July 16.

Nine other suspects are to be tried later.

Guzman-Feliz wanted to become a police officer and was a member of the NYPD Explorers program, which introduces young men and women to careers in law enforcement and criminal justice.

The surveillance footage seen on television triggered protests demanding "Justice for Junior" - words that appeared on signs hoisted by supporters of the teenager's family Friday after the verdict was read.