LOS ANGELES - A&E is scheduled to air a four-hour “Dog the Bounty Hunter” marathon with an on-screen dedication to the late Beth Chapman, who died Wednesday after a battle with cancer at 51.

The network said the marathon will air July 1 from 7 a.m. to 11 a.m., adding that it was previously scheduled before Chapman’s passing. At the end of each episode will be a dedication to her.

"We are very saddened by the loss of Beth Chapman and our thoughts are with the Dog and the entire Chapman family during this difficult time," A&E said in a statement.

Chapman was diagnosed with throat cancer in 2017 after having a nagging cough checked out, according to family spokeswoman Mona Wood-Sword. She was declared cancer-free after the removal of a tumor, but she was later diagnosed with stage 4 lung cancer. 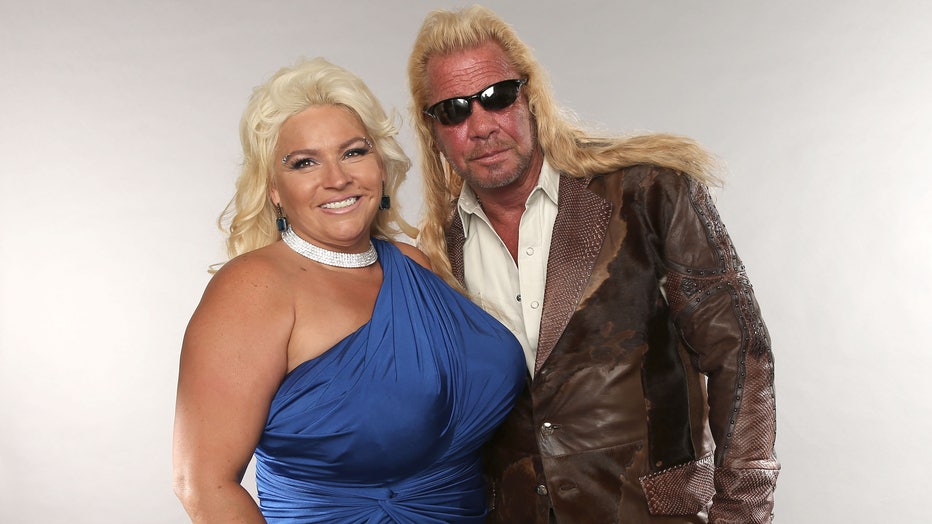 Her husband, Duane “Dog” Chapman, starred alongside her in "Dog the Bounty Hunter," which was canceled in 2012. The couple, who live in Honolulu, later starred in other similar reality shows, including Country Music Television's "Dog & Beth: On The Hunt.“

“It’s 5:32 in Hawaii, this is the time she would wake up to go hike Koko Head mountain. Only today, she hiked the stairway to heaven. We all love you, Beth. See you on the other side,” he wrote.

Born Alice Elizabeth Smith on October 29, 1967 in Denver, Colorado, she was the youngest of five children.

She spent nearly 30 years in the bail bond business, according to her biography on the “Dog the Bounty Hunter” website.

In 2016, Beth Chapman ran for president of the Professional Bail Agents of the United States, and won. She said she was the youngest ever to receive a bail license in Colorado, where she's originally from. That record was broken by her own daughter Baby Lyssa, she said.

Known as “Mrs. Dog,” she was the “driving force” and “matriarch of the Chapman clan,” according to her online biography.

There are 12 children between the couple. They had 15 grandchildren and one great-grandchild, Wood-Sword said.