Evacuation flights out of Afghanistan paused for measles outbreak

Department of Defense press secretary John Kirby said all flights carrying evacuees out of Afghanistan have been paused following several reported cases of measles among the people seeking asylum in the United States.

WASHINGTON - All flights carrying evacuees out of Afghanistan remain temporarily paused after several additional cases of measles were reported among the people seeking asylum in the United States, according to a spokesperson with the Department of Defense.

The pause will continue for the next seven days, according to the Pentagon.

During a Monday press briefing, Department of Defense press secretary John Kirby said that all Afghans who have arrived in the U.S. are required to get a measles vaccine as part of their humanitarian parole.

"We certainly are taking these cases seriously, that’s why the CDC is involved and we paused the flights coming in. We’re observing all of the CDC guidelines that need to be observed and we’ll be working very quickly on the appropriate immunizations. So we’re taking it very seriously. We want the people who work on these bases and the families who live there know how seriously we’re taking it and that we are separating these individuals from the rest of the cohort and we’re doing contact tracing right now so we can get a better sense of the scope of possible infection," Kirby said. 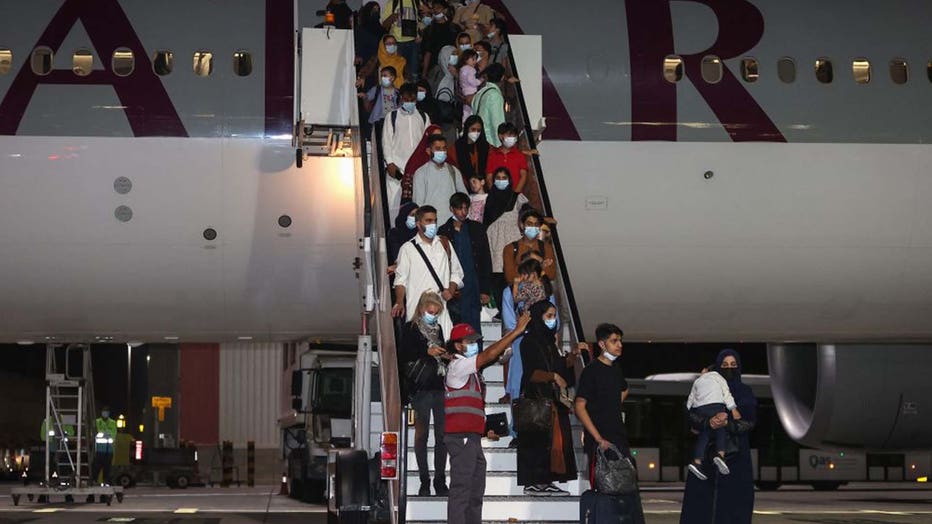 RELATED: US halts Afghan evacuee flights due to measles cases

Vaccination campaigns prevent major measles outbreaks in the U.S., but measles can be a deadly disease for adults and children in countries where violence or other obstacles block immunization. Hundreds of Afghan children have died of measles in recent years.

The White House said on Friday that the U.S. would temporarily stop flights of Afghan evacuees into the country after four measles cases among recent arrivals — in a move it described as "out of an abundance of caution."

"‘Operation Allies Welcome’ flights into the United States have been temporarily paused at the request of the [Centers for Disease Control] and out of an abundance of caution because of four diagnosed cases of measles among Afghans who recently arrived in the United States," White House Press Secretary Jen Psaki told reporters.

The decision was made by U.S. Customs and Border Protection on the recommendation of the Centers for Disease Control and Prevention.

The development had American officials overseas Friday removing from planes Afghan families who already had struggled through a grueling, dangerous escape to safety after Kabul fell to the Taliban on Aug. 15. Afghans faced Taliban checkpoints and crushing crowds to enter the Kabul airport. A suicide attack at an airport gate killed 169 Afghans and 13 U.S. military members.

Many thousands of Afghan evacuees airlifted out of Kabul are still en route to new homes in the United States. Some face relocation for further screening in Kosovo.

The government document said the flight halt announced Friday would an "adverse effect" on the nearly 10,000 evacuees at Ramstein. It noted many have been there more than 10 days and are increasingly fatigued.

Germany had set a 10-day limit for Afghans to stay at the U.S. base, but the time has appeared more as a guideline than a hard deadline. Some German politicians and media grumbled when some Afghans asked for asylum after reaching Germany.

Germany and Qatar, along with Italy, Spain, Kosovo, Kuwait and other countries, agreed to temporarily host U.S. processing sites for evacuees after Kabul fell, after allies initially balked over worries of getting stuck with U.S. security problems.

Refugee groups have criticized the Biden administration for not bringing the Afghan evacuees to U.S. territory for screening. Processing at many of the transit sites largely appears to be taking place in a peaceful and orderly fashion.