The Marlins opened a shortened season delayed by the coronavirus by picking up where they left off last year against the Phillies. They were 10-9 against Philadelphia in 2019, 47-96 against everyone else. 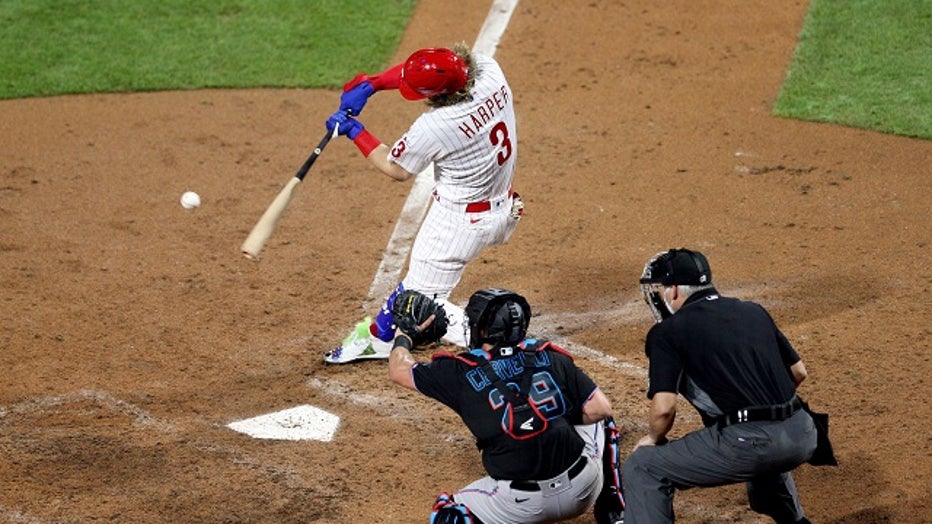 Nola (0-1) gave up four runs and five hits, striking out seven in 5 1/3 innings. The Phillies have lost his last eight starts since a 3-2 victory at Boston last Aug. 20.

But the Marlins chased Nola in the sixth.

Piped-in crowd noise provided the sounds as major league teams play without fans this season. A few fans who gathered outside the ballpark behind a gate in center field gave it an authentic feel with “Let’s Go Phillies” chants and boos when Andrew McCutchen nearly got hit by a pitch.

The boos were louder when Aguilar connected.

Bryce Harper bowed before the empty right-field stands when he took his spot in the field in the top of the first.

The Phillies cut it to 5-2 in the seventh when center fielder Jonathan Villar dropped Jay Bruce’s fly ball for a two-base error, allowing Gregorius to score.

Villar’s sacrifice fly gave Miami a 1-0 lead in the third.

Girardi, who led the Yankees to three AL East titles, six postseason appearances and their 27th World Series title in 10 seasons in New York, replaced Gabe Kapler. The Phillies haven’t had a winning season since 2011, when their streak of five straight NL East titles ended.

Yimi Garcia tossed a scoreless eighth, retiring J.T. Realmuto on a comebacker with two runners on to end the inning.

Brandon Kintzler worked the ninth for the save.

Marlins: C Jorge Alfaro was placed on the injury list with an undisclosed ailment. Cervelli took his spot in the lineup and utilityman Sean Rodríguez’s contract was selected from the team’s alternate training site. Rodriguez played for the Phillies last season.

“We still plan on having him back, and still planning on big things for him,” manager Don Mattingly said. “We’re looking forward to Jorge coming off the IL.”

On Saturday, RHP Zack Wheeler makes his debut with the Phillies after signing a $118 million, five-year deal in free agency. Lefty Caleb Smith goes for the Marlins.

Wheeler’s wife delivered a baby boy, Wesley, on Monday. Her due date had been Saturday.

“He was a good sport,” Wheeler said.