A truck fire is causing traffic headaches on the Walt Whitman Bridge.

SKYFOX flew over the scene Monday afternoon. The truck appears to be a garbage truck.

All lane reopened to traffic around 7:45 p.m. Monday. 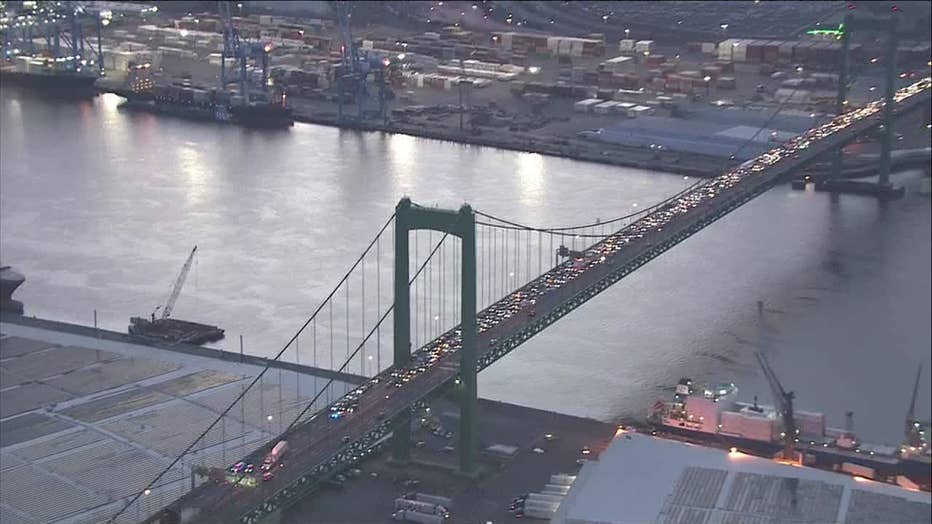