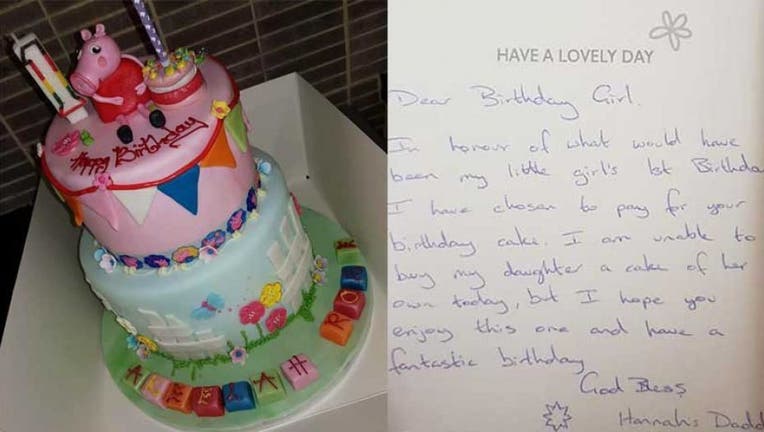 Leah O'Brien and her sister arrived at the bakery to learn that her niece's "Peppa Pig"-themed cake was already paid for. ( Leah O'Brien )

(FOX NEWS) -- A family in Northern Ireland is praising an “absolute gent of a man” whose emotional gesture left an entire bakery "in tears."

On Monday, Leah O’Brien, from Derrytrasna, accompanied her sister to a nearby bakery to pick up a birthday cake for her niece, Akeelah Rose — but once they got to the shop, the workers revealed the cake had already been paid for by an anonymous man.

The employees then told the sisters that the man, who stopped by the bakery in the early-morning hours, had lost his own daughter at just “8 days old” and wanted to purchase the cake for another little girl because he never had the opportunity to buy one for his own, O’Brien said on Facebook.

"We were totally overwhelmed by the generosity of this stranger," O'Brien told Fox News. "He has done such a lovely gesture for another person's child." 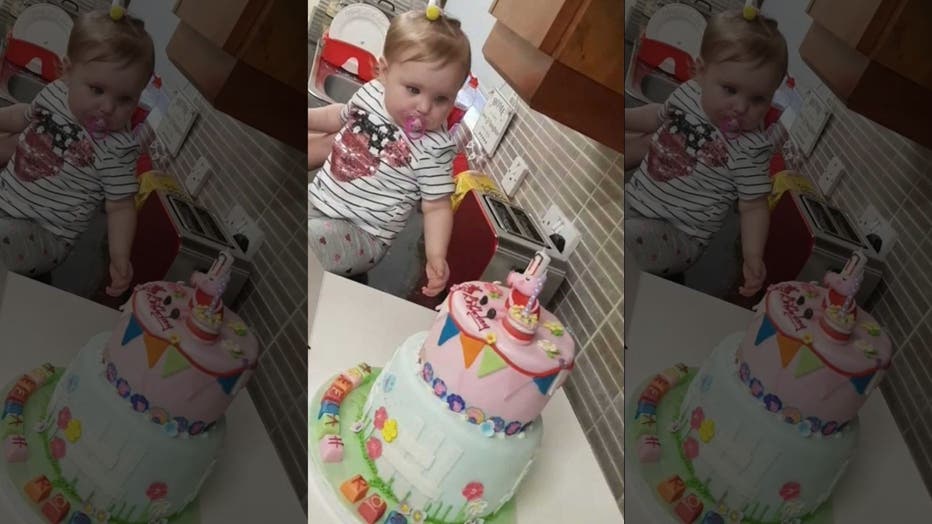 In addition to the cake, the man also left a birthday card for O’Brien’s niece, “which you could only imagine left the whole bakery in tears,” she wrote on Facebook.

“Dear Birthday Girl,” the card read. “In honor of what would have been my little girl’s 1st birthday, I have chosen to pay for your birthday cake. I am unable to buy my daughter a cake of her own today, but I hope you enjoy this one and have a fantastic birthday. God bless.” 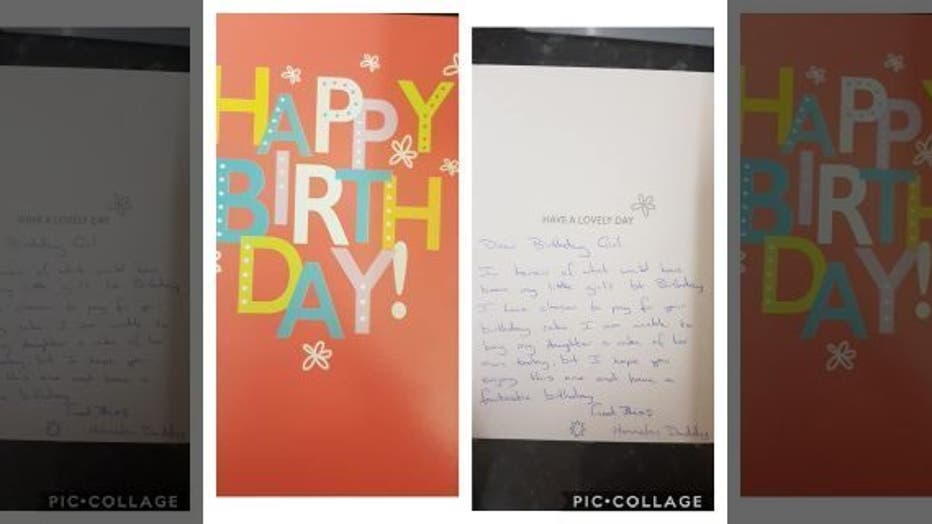 After picking up the cake, O'Brien took to Facebook to share the story with her followers, writing, “I can’t get this man out of my head all day and how generous and kind he is especially on his daughters 1st birthday,” she wrote. She also said she and her sister were hoping to find the generous stranger to offer their thanks.

Amazingly, "within an hour" after posting the story to Facebook, O’Brien tells Fox News she received more than 50 private messages identifying the man as Gareth Bronte, who also runs a fundraiser for the neonatal ward of the hospital where his daughter passed.

"They are an incredible family that have been through so much over this last year and they just keep on giving," O'Brien said. "He honestly deserves all the credit he can get for his amazing generosity."