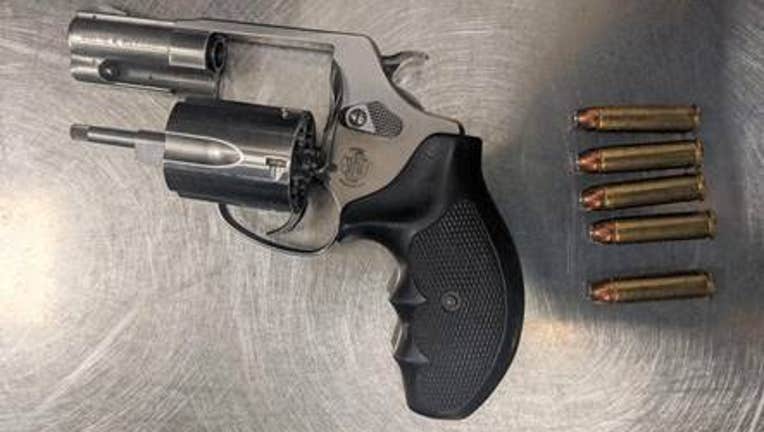 PHILADELPHIA - Authorities say a Berks County man was detained after he tried to board a plane at Philadelphia International Airport with a handgun and ammunition in his carry-on bag.

The man, whose name has not been released, was flagged at a TSA checkpoint on June 16 after agents found a .357 caliber handgun with five loose bullets.

Philadelphia police were called to the checkpoint and the man was placed under arrest. Authorities reportedly confiscated the gun and questioned the Wernersville Township man.

Police have charged the man, but have not specified the offenses.

The TSA reminds travelers that guns are not allowed in carry-on bags, but can be stored in the plane's cargo area if travelers properly declare and store the firearm.

So far this year there have been six guns caught by TSA agents at Philadelphia International Airport. Between 2016 and 2019, the TSA stopped 80 guns at checkpoints in Philadelphia.

In 2019 alone, 4,432 firearms were discovered in carry-on bags at checkpoints across the country; an average of about 12.1 firearms per day. Eighty-seven percent of firearms detected at checkpoints last year were loaded.