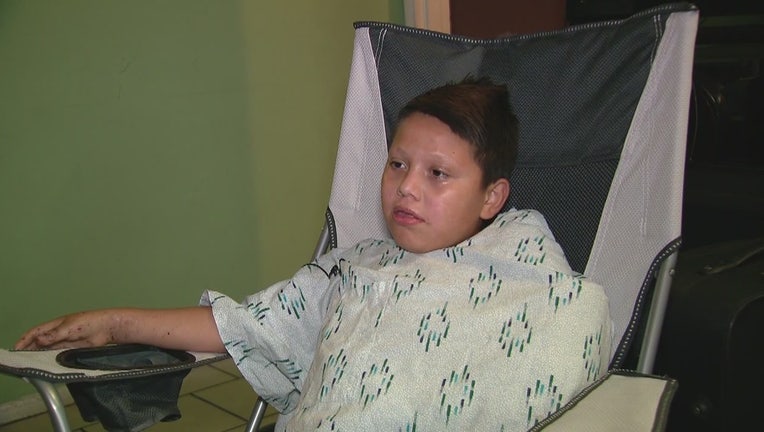 10-year-old Aaron Carreto lost his hand when neighbors threw lit fireworks at him.

COMPTON, Calif. - A family is demanding justice after a 10-year-old boy lost his hand when a firework exploded.

Police say two men in the boy’s Compton apartment complex threw a homemade firework at the boy on his birthday.

The explosion from the homemade firework shook nearby cars.

Parts of Aaron Carreto's body, including his hands, sustained burns. Four of his fingers are gone.

After multiple surgeries Aaron was released from the hospital Friday night and is now resting at home with his family.

The 10-year-old got out to bed to deliver a message for the suspects, “I wish they could be in jail, and they won’t do this to other kids.”

On July 6th, Aaron was playing outside and walked over to two men who live in the complex to say hello.

“They said my name and then I turned and my hand flipped over so that's when they handed the firework to me. I was about to throw it and it exploded in my hand,” Aaron said.

A 27-year-old man is in custody, charged with a felony count of child abuse.

Aaron’s family is urging investigators to work on the case so the other man is charged as well.