FOX 29's Shawnette Wilson was there for the celebration.

CHERRY HILL, N.J. - A Cherry Hill elementary school celebrated 50 years with a walk back in time.

"It was soldered the whole way around and we had to rip the thing off," said Principal Jim Riordan as he showed us an original time capsule buried at Richard Stockton Elementary School in Cherry Hill five decades ago.

"As we started opening it's like wow. It's like a glimpse of students 50 years ago in this building," he said. 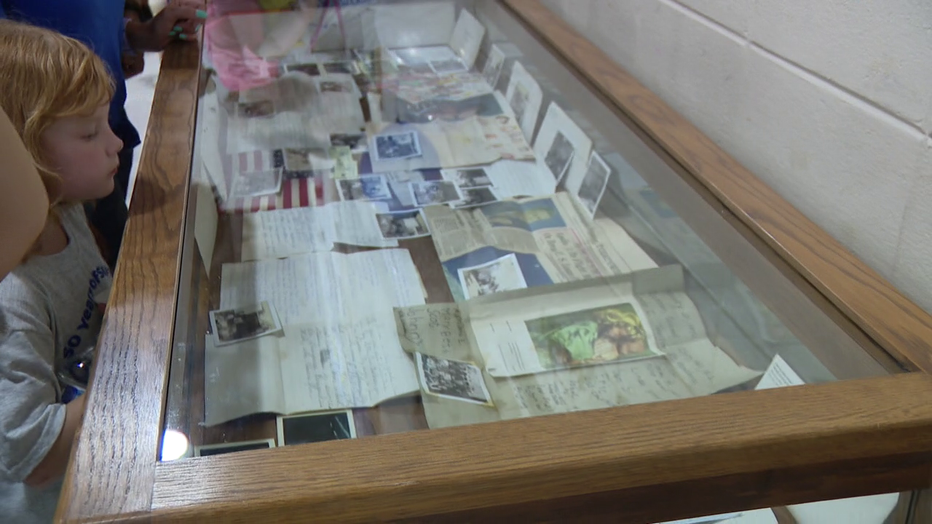 On Wednesday, school officials unveiled this piece of history for students and parents to see as they celebrated the school's 50th anniversary. In planning for the celebration Riordan and others removed it from the school's cornerstone over the summer after rumors that a time capsule was there.

"If you were here at the end of July when we opened it it was cool," said Principal Riordan.  Everyone got to see the artifacts up close tonight placed inside a glass case.

"There were lottery tickets from 1970, there were newspaper articles from that time, there were pictures of every student in the building and every class wrote poems, short essays and some of the younger kids did artwork," said Principal Riordan. Four retired teachers who were there when the time capsule was created returned to the school for the ceremony.

"I remember that day. It was a sunny day and our little kids were standing around in a semi-circle and they said 50 years and I was in my 20's. I was 27 and it didn't mean anything to me then but as soon as I heard about it I said I have to be here," said Phyllis May.

They say they could never have imagined then what children today would put inside a time capsule.

"Anything related to technology because 50 years ago there wasn't even a computer and imagine children walk around with cellphones and Ipads," said Rosie Hymerling also a retired teacher who helped with the contents of the capsule.

For the kids, the school finally has a mascot who they met for the first time. It's a jaguar they'll get to name and they will soon begin working on their own time capsule.