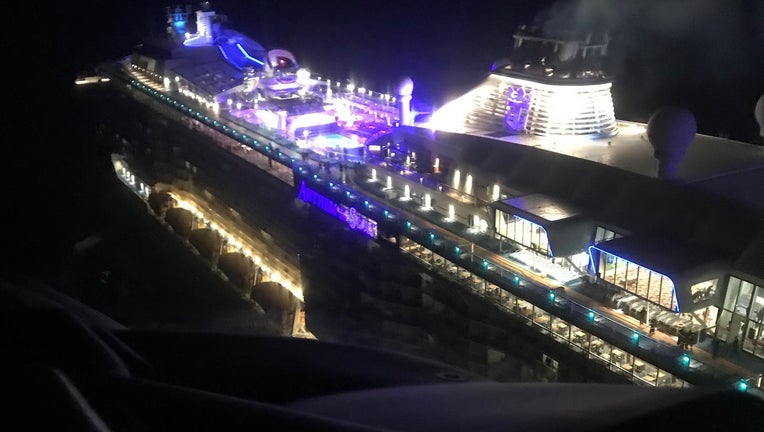 LITTLE EGG HARBOR, N.J. - The Coast Guard came to the rescue of a man who became ill aboard a cruise ship off the southern New Jersey coast.

The Anthem of the Seas was about 17 miles off of Little Egg Harbor on Saturday night when crew members contacted the Coast Guard’s Delaware Bay command center. They said a 70-year-old passenger was suffering severe abdominal issues that needed a higher level of medical care than was available on the ship. 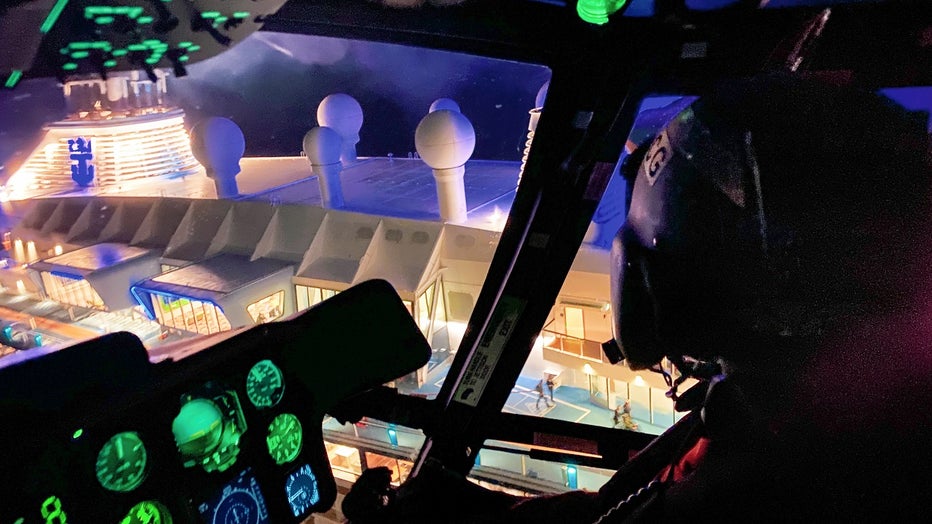 An MH-65 Dolphin helicopter crew from Air Station Atlantic City responded to the ship and soon hoisted up the man and his adult son from the vessel’s deck.

The man was flown to AtlaniCare Regional Medical Center in Atlantic City. But his name and further details on his condition were not disclosed.