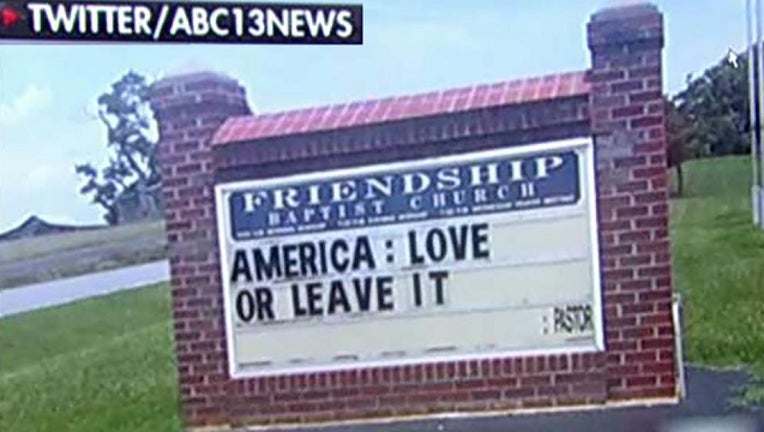 APPOMATTOX, Va. - The sign outside of a church in Virginia reads "America: Love it or leave it," and several congregants decided to leave it.

Pastor E.W. Lucas tells WSET-TV that some members walked out of the Sunday service over the national attention the sign brought to the Appomattox church.

Lucas says he still stands by the Friendship Baptist Church sign, which he's said is meant to make a statement about the political divisions in Washington, D.C. 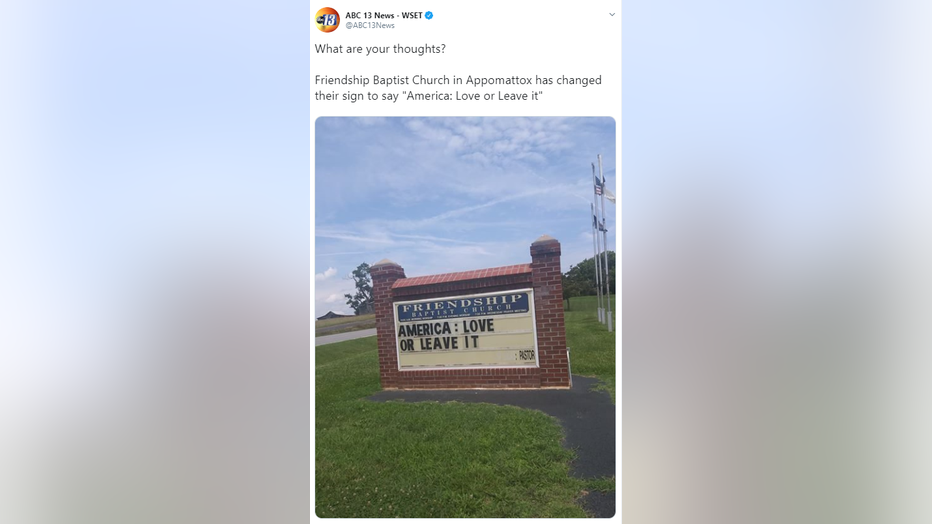 The pastor has said that people who want to criticize the president and the country should "go over there and live in these other countries for a little while."

His comment echoes President Donald Trump, who previously tweeted that four minority congresswomen should return to "the totally broken and crime infested places from which they came."