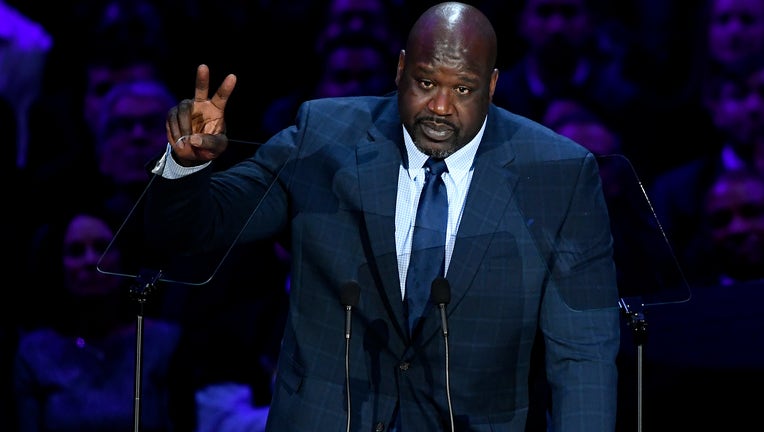 LOS ANGELES - A forlorn Shaquille O’Neal took the stage to lighten the mood as he joked and looked back at the complex, yet close relationship he had with his former Los Angeles Lakers teammate.

O’Neal reminisced on the glory days of Lakers basketball that would later cement both he and Bryant as NBA legends, but focused on the impact that Bryant had as a family man.

“I could tell you that what filled Kobe’s heart with the most pride was his role as a loving husband to Vanessa, daddy to Gigi, and Natalia, Bianka, and baby Capri, and a loving son and brother,” said O’Neal.

“Kobe was a loyal friend and a true renaissance man,” O’Neal said.

RELATED: ‘He was my everything’: Vanessa Bryant recalls Kobe as a hopeless romantic and loving father

“Mamba, you were taken away from us way too soon. Your next chapter of life was just beginning, but now it’s time for us to continue your legacy,” O’Neal said.

O’Neal recalled how the two “maintained a deep respect and love for one another,” looking back on the day he said Bryant earned his respect.

After a game years ago where O’Neal remembered many of the players complaining that Bryant wasn’t passing the ball, he told the audience of the time he confronted his former teammate, prompting an uproar of laughter from the audience and a boyish smile on O’Neal’s face.

O’Neal said Bryant told him early on that others in the NBA were playing checkers while he was playing chess. O’Neal remembered saying, “Kobe, I don’t know how to play chess.”