FOX 29's Shawnette Wilson spoke with people getting ready for the holidays.

PHILADELPHIA - People are gearing up for the holiday season. FOX 29's Shawnette Wilson took to the streets to speak with people getting ready for Thanksgiving.

Valerie Edwards was cruising into Thanksgiving. On Monday, she was at ShopRite in South Philly with her daughter Shanell. They loaded up their SUV with some extras fixings. The main stuff they already have.

"The turkey, stuffing, mac and cheese, everything. Rolls," said Valerie. A closer look at the outside of the grocery store reveals something you may not realize at first glance. Next to the turkey dinner sign are mini stone pine trees and inside we found artificial Christmas trees for sale. Still, don't get it? Check out the calendar. 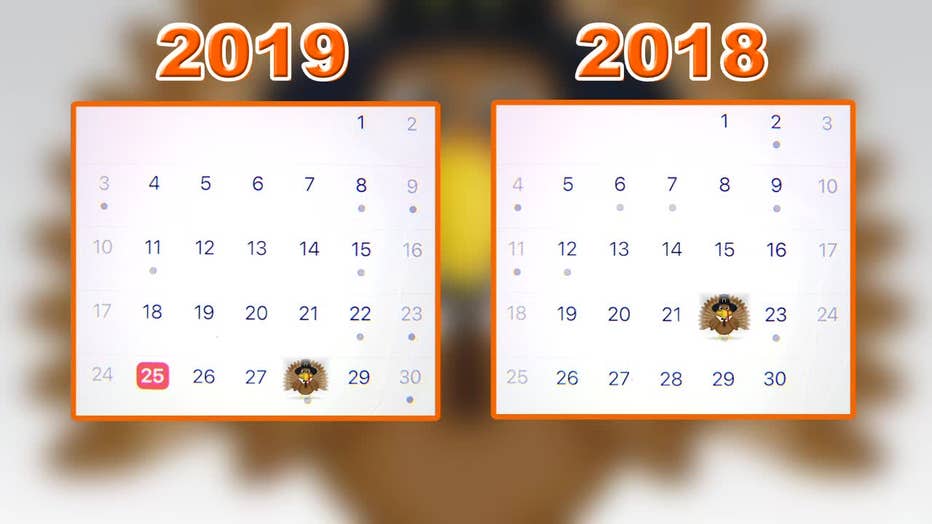 Thanksgiving is a week later than last year making it seem like Christmas is closing in on us. 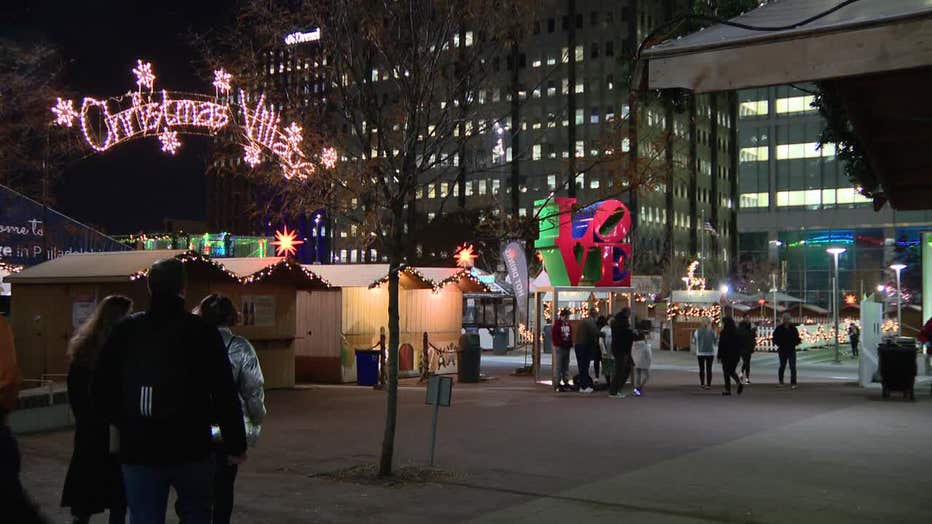 Ready or not Christmas Village in Center City is taking shape. Advertisements on billboards along I-95 already have the holiday twist to them and Christmas tree lots like the one in Historic Head House Shambles are waiting on you.

"Yes and like that's way too early. We need to get through one holiday first then get to the next one," said Rhiannon McDonald. She says she didn't realize Thanksgiving is a week later than last year.

"But I did check on my Facebook time hop and it says already the last few days I was like wait I was already celebrating Thanksgiving like last year? I was like that's weird but I guess a little bit of a rush," she said.

Still, many are in Thanksgiving mode and not too frantic about Christmas.

“My 6-year-old is like we gotta decorate for Thanksgiving and I'm like uh ok. So I try to separate everything. (Stay present. Stay in the moment?) Everybody is rush, rush, rush," said Rhiannon.