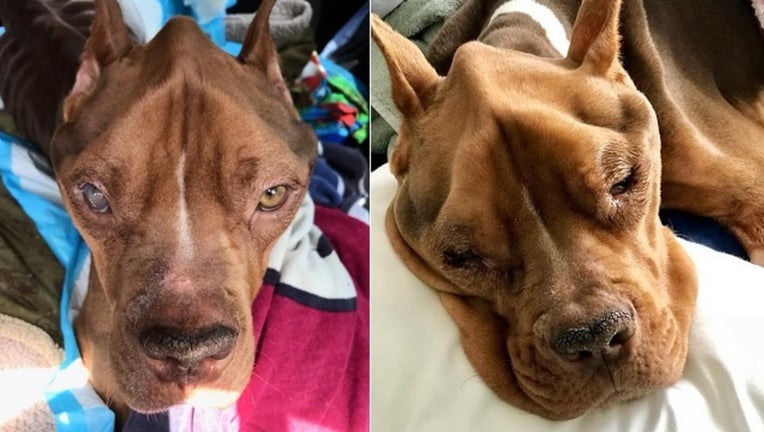 MEDIA, Pa. (WTXF) - An emaciated dog who was found in Delaware County last month has died, despite the continuous efforts of a local animal shelter.

Sly the dog was found extremely underweight and left to die in Deshong Park, in Chester.

Human Officer Ron Riggle got a call about the dog on April 24, and responded to the park to find him tucked away under some brush.

Sly could barely lift his head and was only 50 pounds when Riggle found him. Dogs his size should ordinarily weigh twice as much. Authorities say his arm and stomach were shaved as if he had received an ultrasound or catheter recently.

Riggle rushed the dog to the medical suite at Providence Animal Shelter in Media.

An x-ray revealed a rope toy had caused a blockage in the dog's intestines and vets performed emergency surgery. 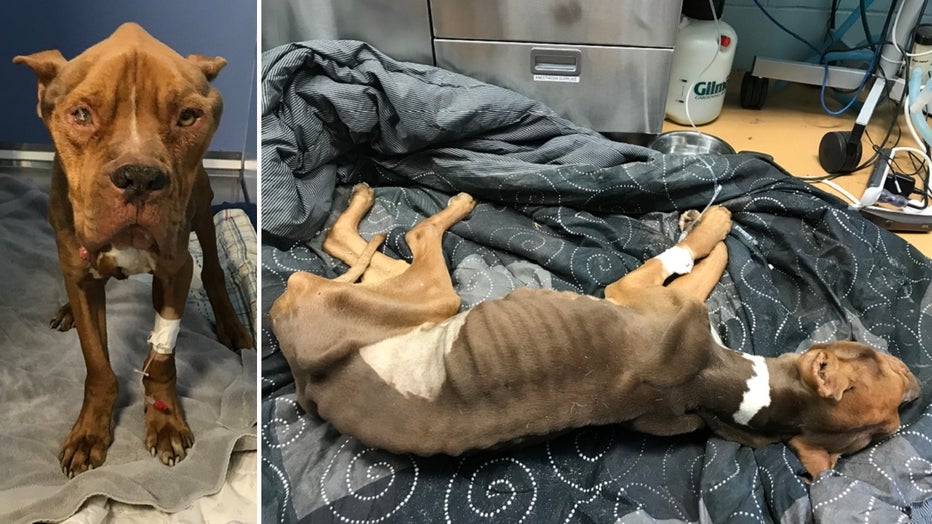 Sly, who was named in honor of Sylvester Stallone and his portrayal of "Rocky Balboa," was then set on the long road to recovery.

Providence Animal Center continued sharing updates about Sly's progress, as he regained the ability to lift his head, and was even spotted wagging his tail.

Then, this past Friday, Sly's condition worsened. He was having trouble breathing and it was determined he had pneumonia.

In a post, the Providence Animal Center shared a photo of sly along with the following message:

"With incredible sadness, we must share the news that Sly has crossed the Rainbow Bridge. His expert team of caretakers at Penn made every effort to stabilize him, and in the end, his lungs just couldn't handle it. We're grateful he received one last kiss this afternoon from his beloved Dr. Croce. We're proud we could do absolutely everything possible to attempt to save him - all because of the support we received from you. We will forever be left with Sly's oversized footprints on our collective (currently broken) heart. We love you, big boy. It's been an honor."

Anyone with information regarding Sly's abandonment is urged to call Humane Officer Ron Riggle at 610-566-1370 ext. 214 or email him directly.

To learn more about Providence Animal Center or to make a donation to support dogs like Sly, see here.