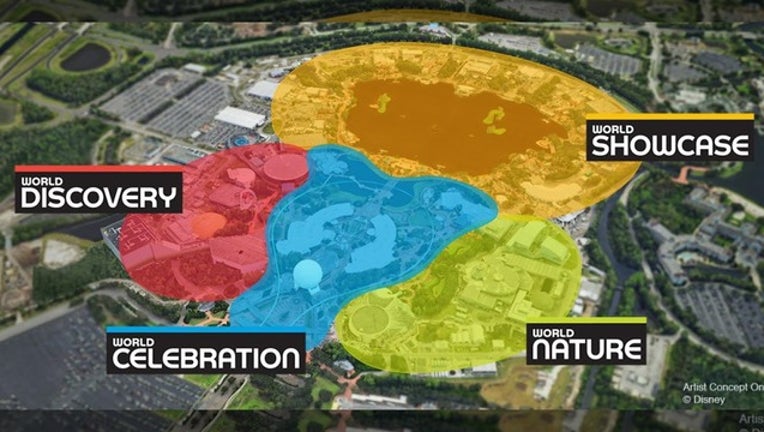 According to DisneyParks blog, Epcot will undergo a multi-year transformation. This will be the "biggest transformation of any Disney park in history."

They said that the park will be unified with four neighborhoods World Showcase, World Nature, World Discovery, and World Celebration.

DisneyParks Blog said that World Showcase will "continue to be a celebration of culture, cuisine, architecture, and traditions -- infused with new magic." The existing country pavilions will be located in this world.

An attraction inspired by Mary Poppins is reportedly coming to the United Kingdom pavilion. It will place guests on Cherry Tree Lane, past Admiral Boom's house. Here, guests will enter 'Number 17,' the home of the Banks family.

Sometime in 2020, there will also be a new 'HarmonioUS' show, which DisneyParks Blog describes as the "largest nighttime spectacular ever created for a Disney park." It will celebrate Disney music and will include familiar Disney tunes reinterpreted by artists around the world. It also will feature massive floating set pieces, custom-built LED panels, choreographed moving fountains, lights, pyrotechnics, and lasers. 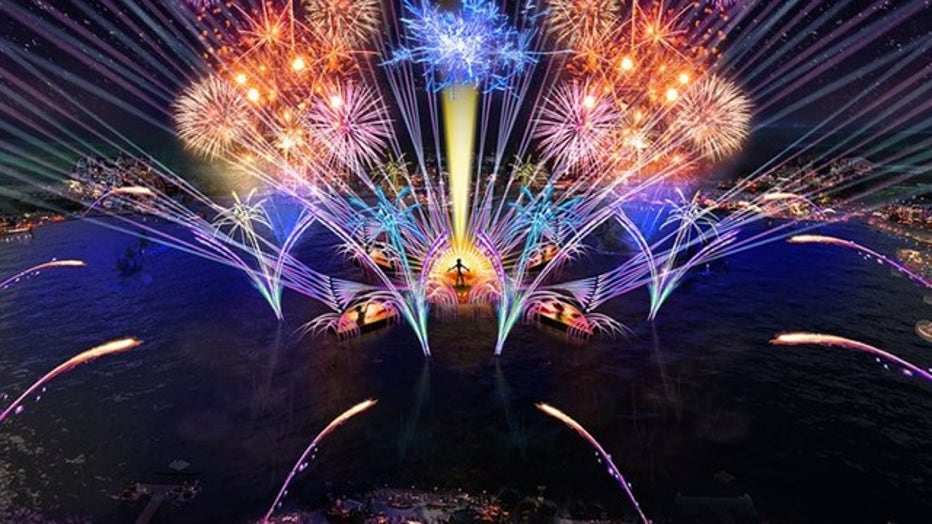 Also in 2020, 'Remy's Ratatouille Adventure' will reportedly open during the summer in the France pavilion. Guests will shrink to the size of a rat and race through Gusteau's restaurant.

There will also be a new restaurant opening in the France pavilion that summer. 'La Crêperie de Paris' will offer table and quick-service options. The menu is created by celebrity chef Jérôme Bocuse, according to DisneyParks Blog.

They also said that in January 2020, the classic Impressions de France film will be joined by the new 'Beauty and the Beast Sing-Along.' Don Hahn is directing and has produced both the animated and live-action versions of this tale. 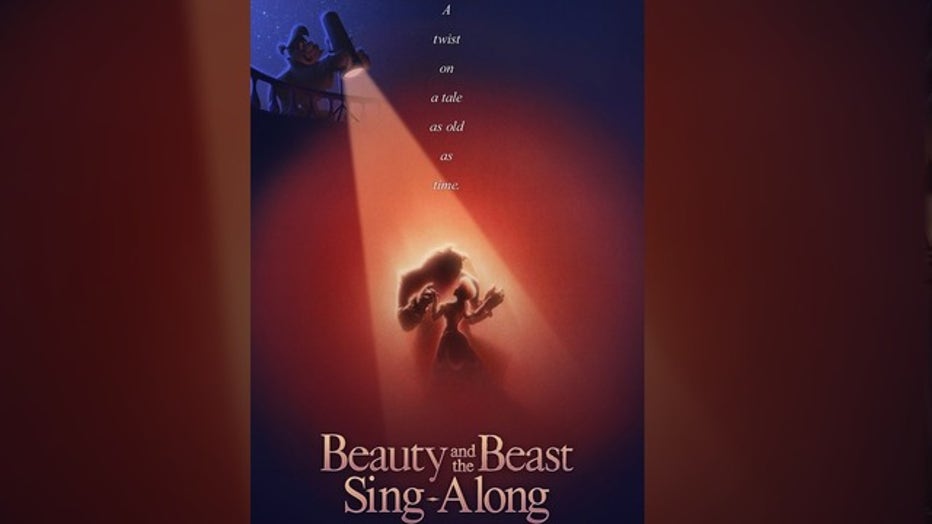 The Canada pavilion will reportedly also get a new attraction, as 'Canada Far and Wide in Circle-Vision 360' will open in January 2020 with new scenes and a new story. 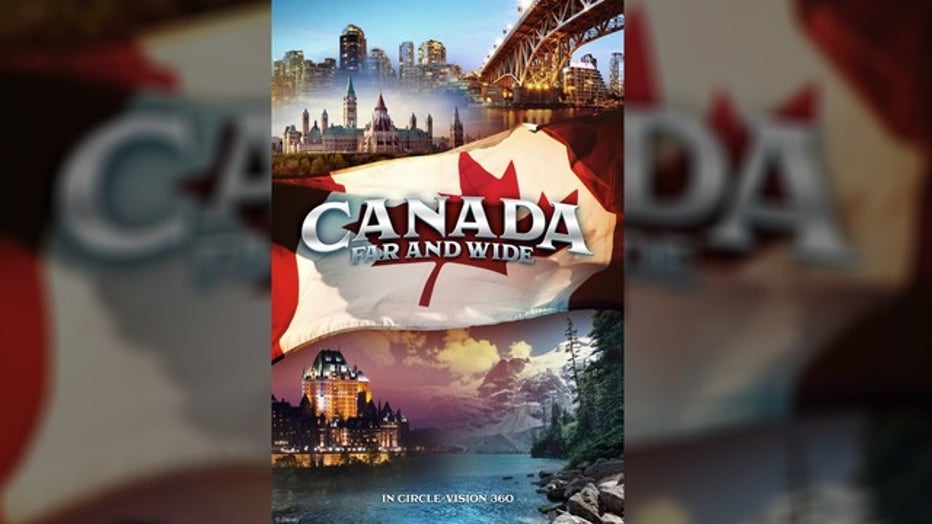 And finally, the China pavilion is said to be getting a new attraction called 'Wondrous China.' This will take guests on a spectacular journey across the country, filmed and presented in a completely seamless 360-degree format. 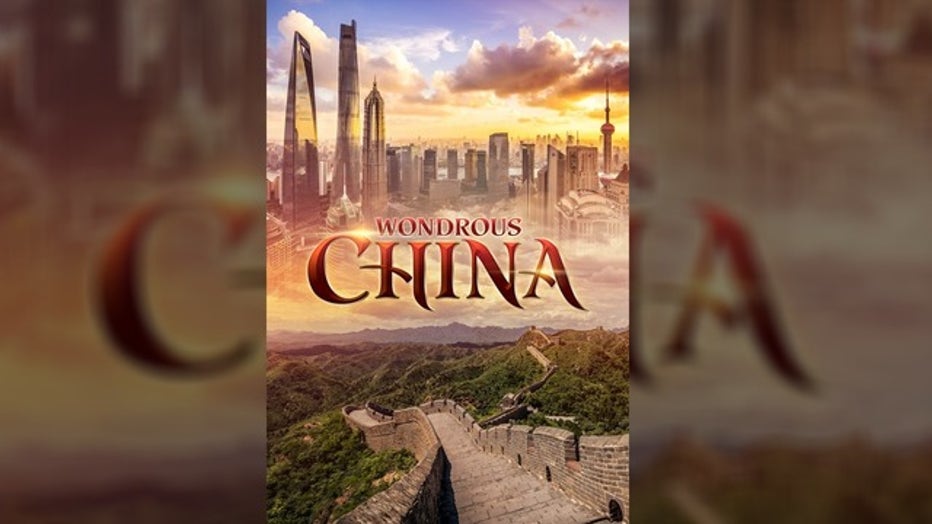 DisneyParks Blog said that World Celebration will "offer new experiences that connect us to one another and the world around us."

They said that Spaceship Earth will receive new narration and entirely new musical score, giving the ride a "magical 'story light' that brings the entire experience to life in dynamic ways." As you exit the ride, you will see 'Dreamer's Point.' This location overlooks World Showcase, features a Walt Disney Statue, and has an enchanted forest. 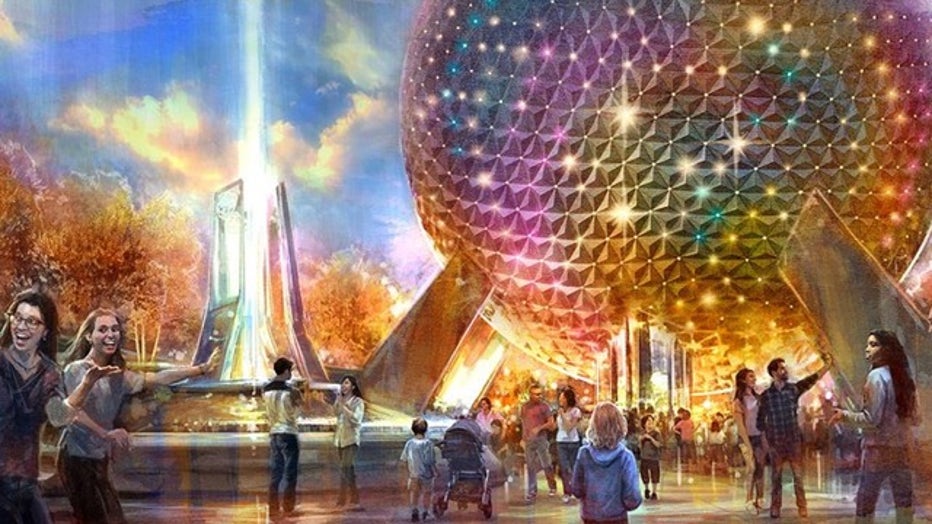 There will reportedly also be a new pavilion in World Celebration. It will serve as home base for Epcot's signature festivals and will provide a stunning elevated view of the entire park. It will include a three-level structure that has "one of the most remarkable architectural designs at any Disney park." 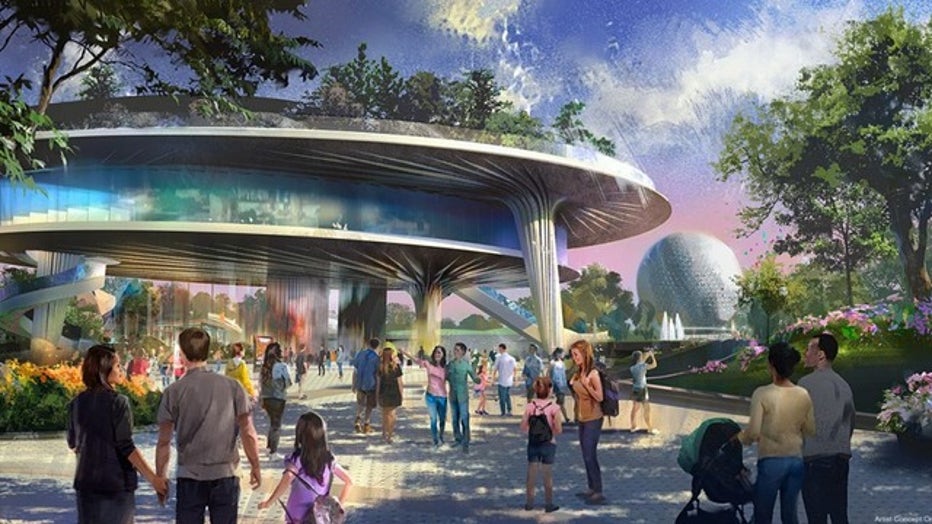 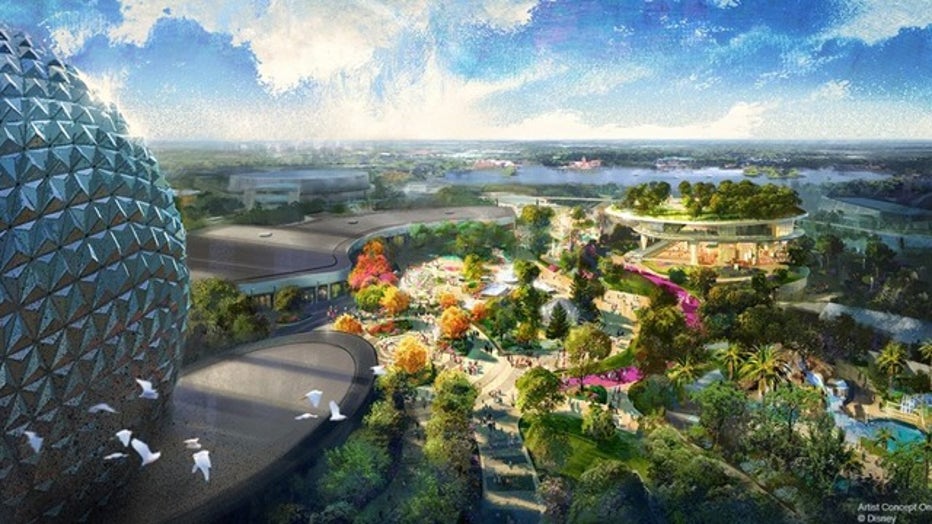 Epcot's entrance plaza will also be transformed. DisneyParks Blog said that the new experience will include a re-imagined fountain, new pathways, and sweeping green spaces.

They said that this is where the new 'Guardians of the Galaxy: Cosmic Rewind' attraction will be. The attraction will feature a new innovation from Walt Disney Imagineering, as it is a "storytelling coaster that rotates 360 degrees to focus your attention on the action, including the first reverse launch on a Disney coaster." 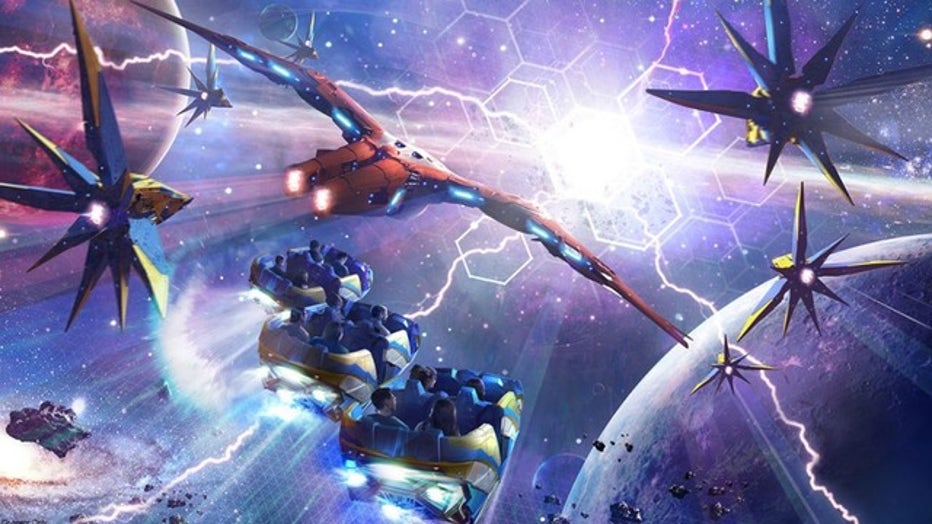 The Mission: SPACE pavilion will reportedly undergo an expansion. This includes a new restaurant, 'Space 220.' This culinary experience will feature a panorama of a space station, including daytime and nighttime views of Earth from 220 miles up. This will open in winter 2019. 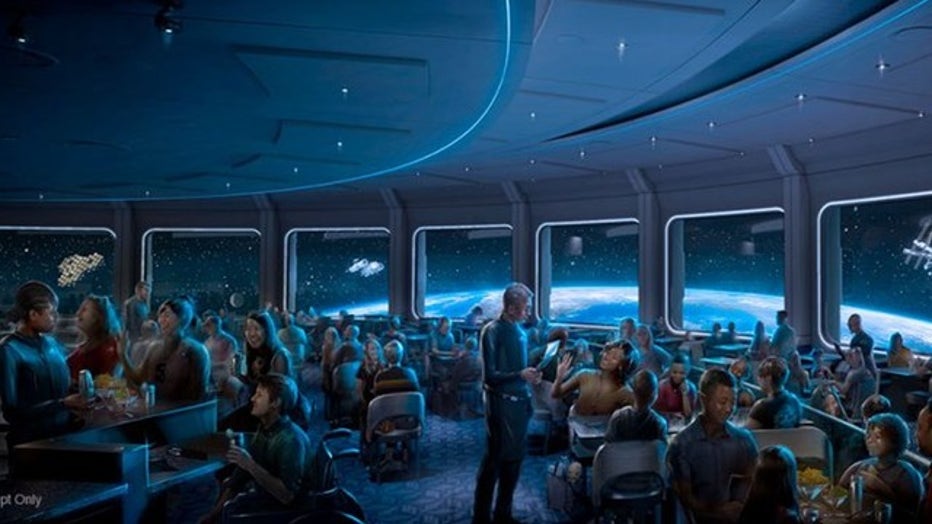 World Discovery will also feature a 'PLAY! pavilion,' which DisneyParks Blog describes as a digital metropolis filled with games, activities, and experiences that will connect you with friends, family, and beloved Disney characters. In this pavilion, guests will be able to help fashion icon Edna Mode on her quest to rid the world of uninspired style. They also will be able to participate in a water-balloon fight. 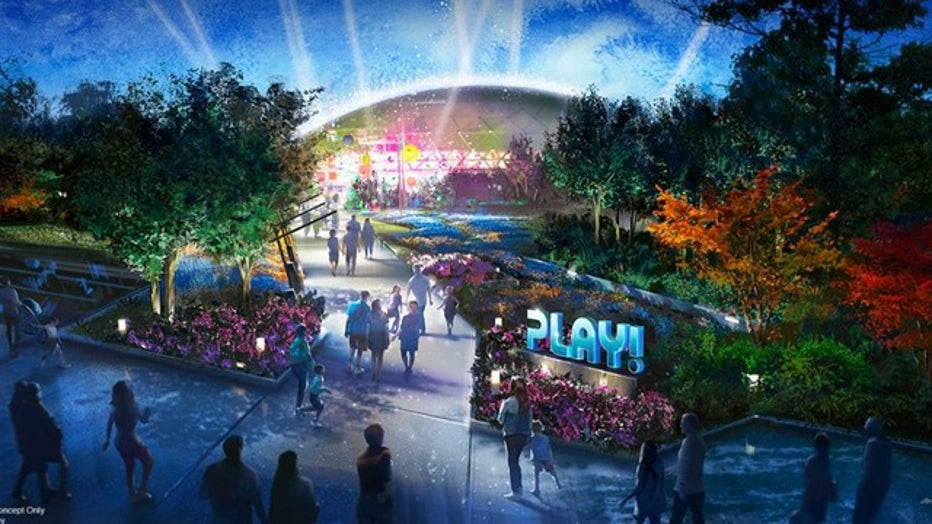 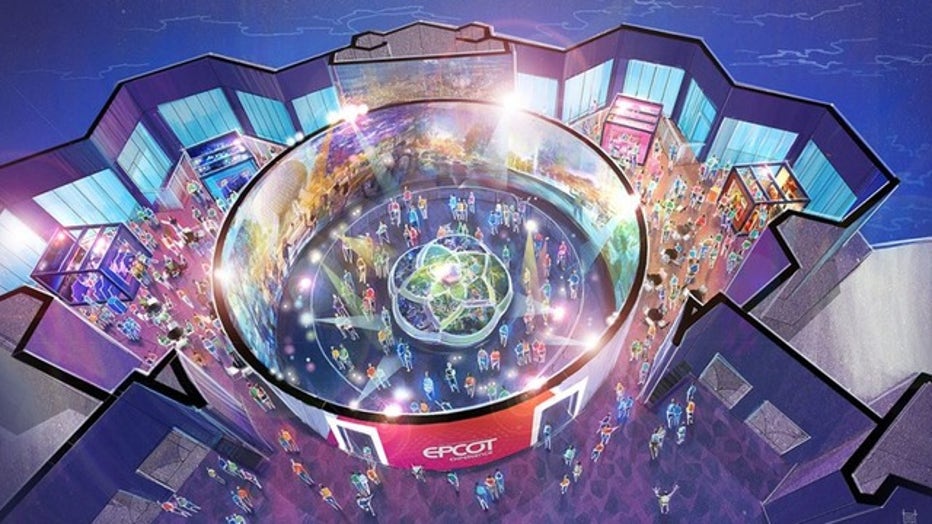 For more information on all the changes coming to Epcot, visit DisneyParks blog.