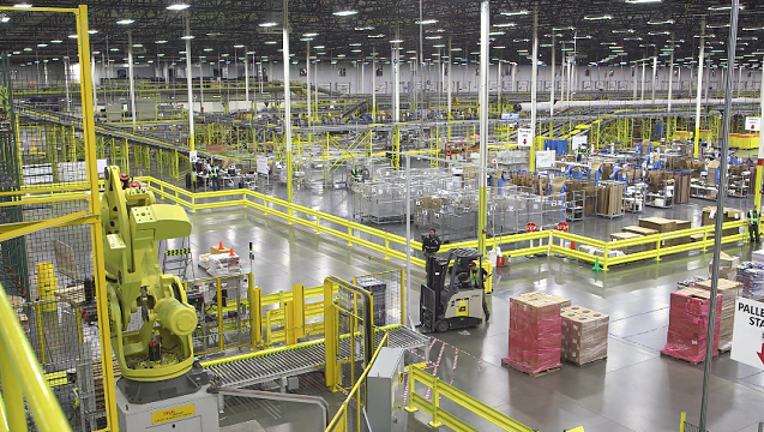 PHILADELPHIA - A federal appeals court has ruled that Amazon can be sued over a defective product sold by one of its third-party vendors, in a decision the dissenting judge called "a relatively uncharted area of law."

The lawsuit was brought by a Pennsylvania woman who suffered permanent blindness in one eye after a retractable dog leash she bought online snapped and hit her four years ago.

Heather Oberdorf sued Amazon for strict products liability and negligence, but a lower court ruled the online retailer was protected because it couldn't be characterized as a seller under state law. It also concluded her claims were barred by the Communications Decency Act, a 1990s federal law that shields online publishers of third-party content.

In a 2-1 decision released last week, however, the 3rd U.S. Circuit Court of Appeals in Philadelphia reversed most of the lower court's ruling, holding that Amazon can be classified as a seller in part because it doesn't allow customers to communicate directly with third-party vendors.

David Wilk, an attorney who argued the case for Oberdorf, said he believed it was the first time a court had characterized Amazon as a seller under state products liability laws.

"There's an intuitive logic to our position, and it wasn't a hard argument to make," he said. "It was just a matter of whether the court was going to look past what I considered an antiquated precedent."

An Amazon spokeswoman declined to comment Tuesday on the 3rd Circuit's ruling.

Amazon had cited a 1980s Pennsylvania case involving a man who was injured by a tractor his father had bought at an auction. A court had found the auction house couldn't be held liable because it wasn't a seller but had only acted as an agent for the seller.

The appeals court disagreed with that interpretation, writing that, while items sold by Amazon can be traced to a vendor, customers can only communicate with vendors through the retailer's site.

That is what occurred in Oberdorf's case, according to the ruling, as neither she nor Amazon was able to contact a representative of the vendor, The Furry Gang.

The appeals court also said the Communications Decency Act doesn't shield Amazon from liability because Amazon "plays a large role in the actual sales process" and isn't merely a publisher of information or content provided by third parties. It did, however, rule that the act bars Oberdorf's claims that Amazon had a duty to publish a warning about the dog leash.

In his dissent, Judge Anthony Scirica called the case a "relatively uncharted area of law" and noted that numerous rulings in other states have barred consumers from suing Amazon for liability. He also warned that many small entrepreneurs could be excluded if Amazon were to have to research its products and police its sellers more closely.

Third-party sellers have become a big part of Amazon's success, helping boost the number of products Amazon has available to sell. Amazon said that 58% of the items bought on the site last year were sold by third-party sellers.

Jon Reily, global commerce strategy lead at Publicis Sapient, a digital consulting company, said the ruling was "definitely a harbinger of things to come" for Amazon and could eventually lead to federal legislation.

"This looks to me as something that will have to get to a federal level before it will be a huge thorn in Amazon's side, because the laws haven't caught up to the reality yet," he said.