A fire truck crashed into a building Thursday afternoon leaving four firefighters and a civilian injured in North Philadelphia.

NORTH PHILADELPHIA - Four firefighters and one civilian were injured after a fire truck crashed into a building in North Philadelphia.

It happened on West Girard Avenue and North 7th Street Thursday around 4 p.m. when Engine 29 was responding to a house fire at Front and Dauphin with the lights and sirens on.

According to police, a 28-year-old man driving a Toyota Avalon was attempting to make a left turn when he struck the fire truck. The fire truck then hit the median then continued eastbound on Girard Avenue and struck an unattended car before crashing into the building. 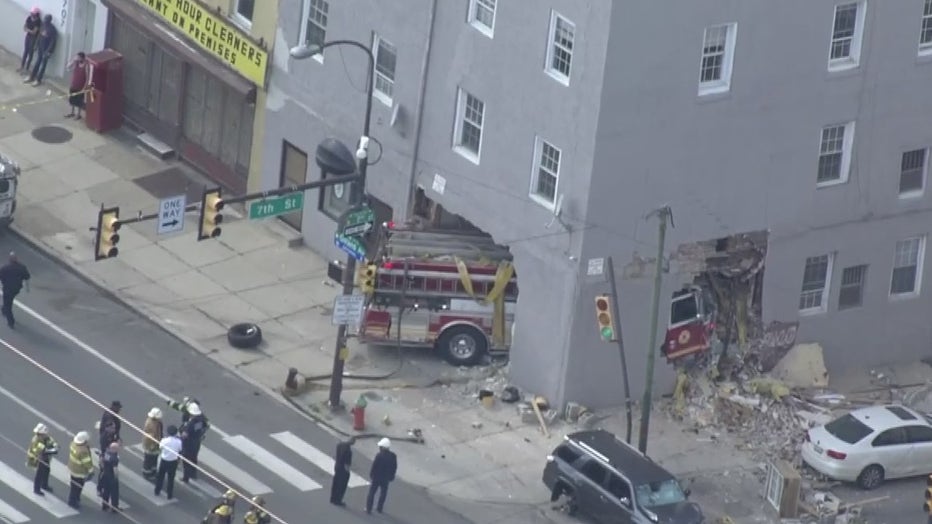 FOX 29's Marcus Espinoza reports the 16-unit apartment building is for sale and was vacant at the time of the crash.

L&I was on the scene Thursday to figure out if the building was structurally sound to remove the truck. It was deemed safe and the truck was removed around 10 p.m.

The cause of the crash remains unknown.