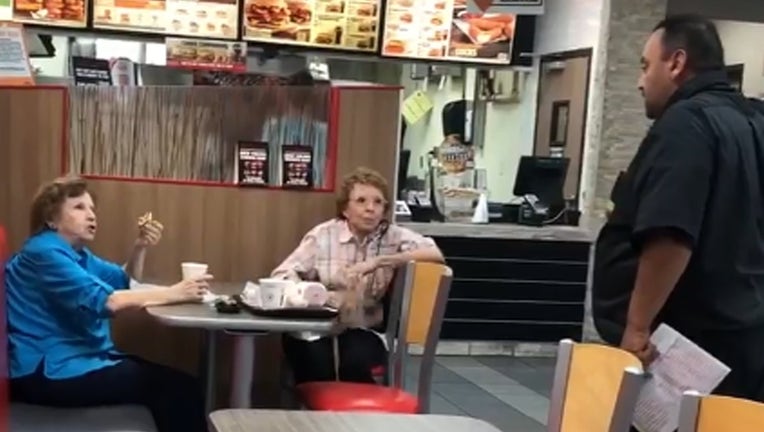 EUSTIS, Fla. - Video of an exchange inside a Eustis Burger King is going viral.

Oni Martinez and his girlfriend were enjoying a meal at the Burger King on State Road 19 when they were interrupted by a verbal exchange between two customers and the restaurant’s general manager, Ricardo Castillo.

After the confrontation went on for several minutes, the couple started recording, capturing this exchange:

Customer: “When you’re in America, you should speak American English.”

Customer: “Yeah, yeah, go back to Mexico if you want to keep speaking Spanish, go back to your Mexican country, your state, your country.”

Customer: “I’ll finish my meal and then I’ll leave.”

Martinez says the women were unhappy with the manager speaking to his employees in Spanish.“They were complaining about something, he thought it was the food but it wasn’t the food, it was the fact that he was speaking Spanish,” he said.

Following the exchange, the women got up and left the restaurant. The manager telling them to have a great day and never come back.

Martinez commended the manager on how he handled the situation. “He was handling it well and very professional, which I applaud him for very much,” said Martinez.

Burger King released this statement on the incident.

“There is no place for discrimination in our restaurants. We expect employees and guests to treat each other with respect.  This incident took place at a franchised restaurant and the owner is looking into the matter.”

Martinez says this type of exchange is more common than people think. “I flashed back to when it happened to me because it’s nothing new, it’s always happening, you know ‘you’re in America, speak English, we speak English here,’ it’s normal for the Latino community, we’ve all gone through that, we know what it’s like.”

He hopes people learn to appreciate each other’s differences. “I just hope that this video shows, love more, hate less, you know, there’s no need for that,” said Martinez.