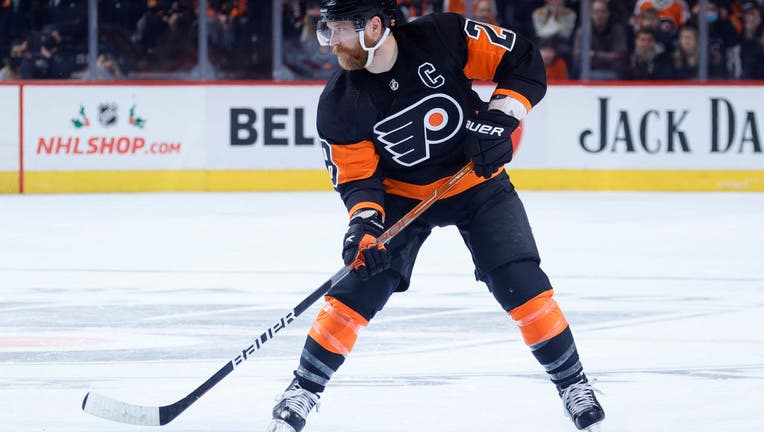 PHILADELPHIA, PENNSYLVANIA - DECEMBER 18: Claude Giroux #28 of the Philadelphia Flyers skates with the puck against the Ottawa Senators at Wells Fargo Center on December 18, 2021 in Philadelphia, Pennsylvania. (Photo by Tim Nwachukwu/Getty Images)

PHILADELPHIA - The Washington Capitals-Philadelphia Flyers game scheduled for Monday night has been postponed.

It’s the 50th NHL game postponed this season for coronavirus-related reasons. The league said COVID-19 issues with the Capitals prompted the postponement.

That left the Tampa Bay Lightning at the Vegas Golden Knights as the only game left in the NHL this week. The league and players’ association agreed to begin the annual holiday break early and push off the games that were scheduled for Thursday.

Of the 50 games postponed, 45 have occurred over the past two weeks with the delta and omicron variants spreading across North America. More than 15% of the league’s 700-plus players are in virus protocol, a list that continues to grow.

General manager Kevyn Adams said Girgensons is experiencing symptoms while Skinner and Vinnie Hinostroza are not. Hinostroza landed in the protocol a day earlier.

The positive tests led to the Sabres canceling practice on Tuesday. The team has been off since a 3-2 overtime loss at Pittsburgh on Friday and had its two games against Columbus and one against Colorado postponed this week after both teams’ schedules were paused because of virus problems.
___