One of Georgia's newest members of Congress wants to impeach Joe Biden after he takes his oath of office.

ATLANTA - Congresswoman Marjorie Taylor Greene believes the second impeachment of President Donald Trump has more to do with a liberal political agenda than the riots at the U.S. Capitol on Jan. 6.

"The reason why he got impeached is because the Democrats have the majority and they have been working to get him out of office for the past four years from day one," U.S. Rep. Taylor Greene told FOX 5’s Portia Bruner.

Trump delivered a speech at the White House about an hour before a mob of his supporters scaled walls, broke windows, and committed acts of violence at the Capitol. While many Democratic lawmakers have called it an insurrection, Taylor Greene said that riot was not directly incited by the president.

"When the president of the United States says, 'Let us march to the Capitol peacefully and patriotically,’ how is that inciting violence? How is he responsible for the people who are already down at the Capitol when they made that attack? The timeline doesn't fit for them to have made it down the White House to the Capitol," said the congresswomen.

The newly-elected congresswoman said she is frustrated her fellow lawmakers impeached Trump without a trial or evidence. She believes there is plenty of evidence to support her plan to file articles of impeachment after President-elect Joe Biden's inauguration.

"When Joe Biden was vice president of the United States, he was on record as saying he was going to withhold a billion dollars of foreign aid from Ukraine using that as a method to help his son Hunter Biden with his energy companies over there," the congresswoman told Bruner. 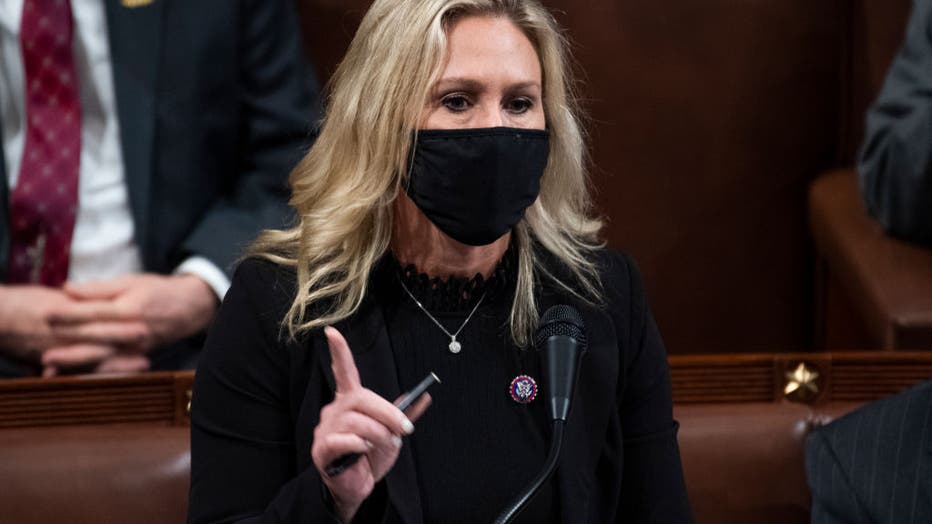