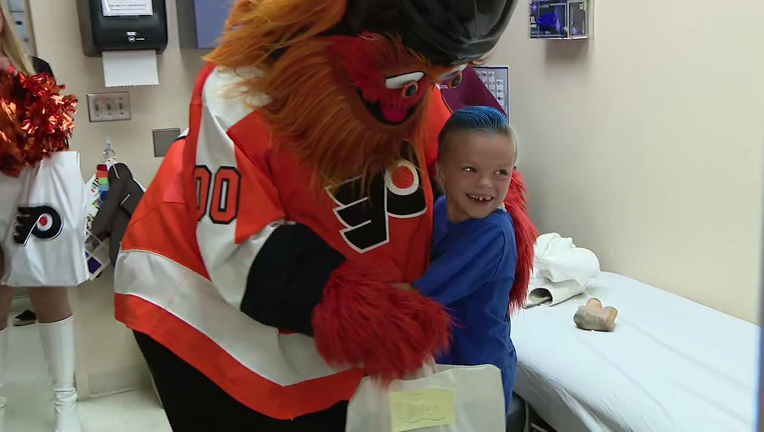 PHILADELPHIA - Gritty has done it again.

The once scoffed, now beloved mascot of the Philadelphia Flyers gave one young fan the surprise of a lifetime Tuesday: a customized, Gritty-themed prosthetic leg. 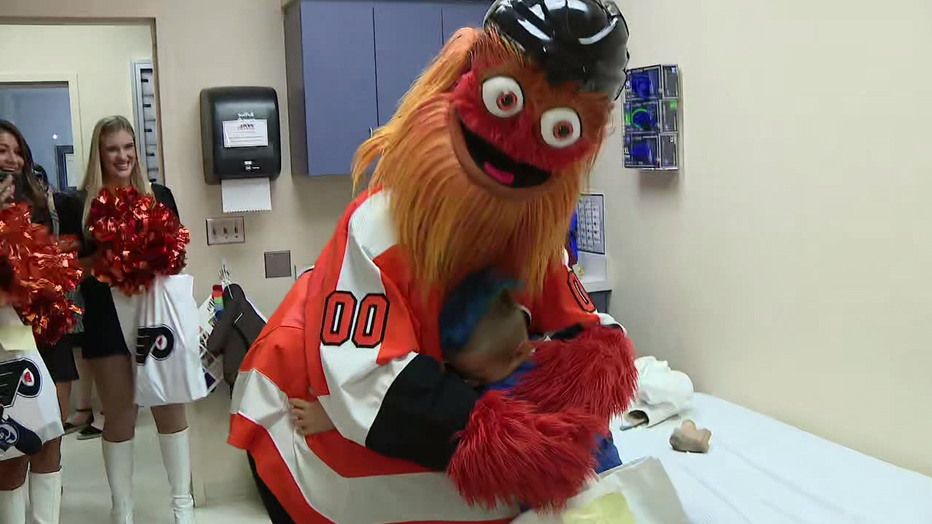 Gritty and the Philadelpia Flyers made the grand surprise after hearing the story of 7-year-old Gritty fanatic Caiden O’Rourke.

O'Rourke, an Abington native, has been a patient at Shriners Hospital for Children in Phidelphia since he was born with a rare orthopaedic condition. Over the years, O'Rourke has received several custom prosthetic legs, many featuring Philadelphia sports logos and icons. 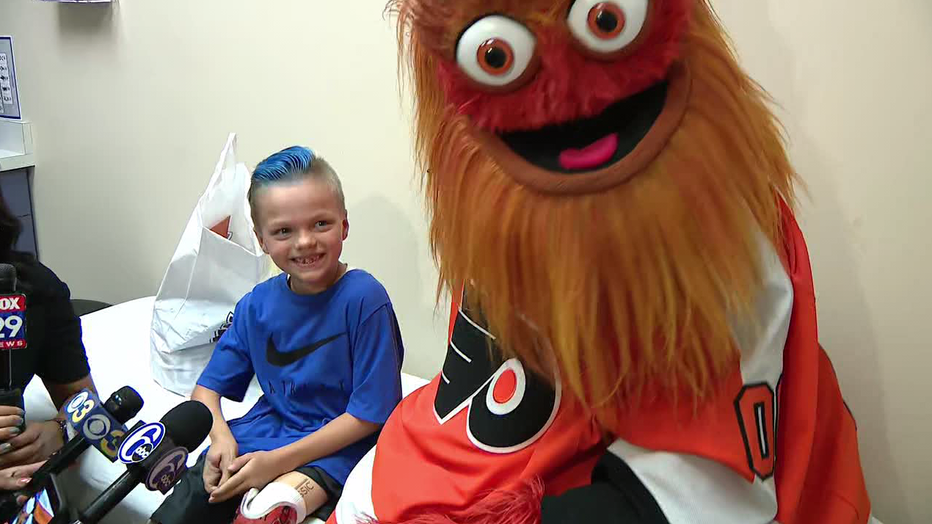 Caiden recently asked for his next prosthetic to be Gritty-themed, and the hospital staff immediately knew the muse behind Caiden’s newest prosthetic had to be the one to deliver.

The surprise comes just a week before O'Rourke's eighth birthday. 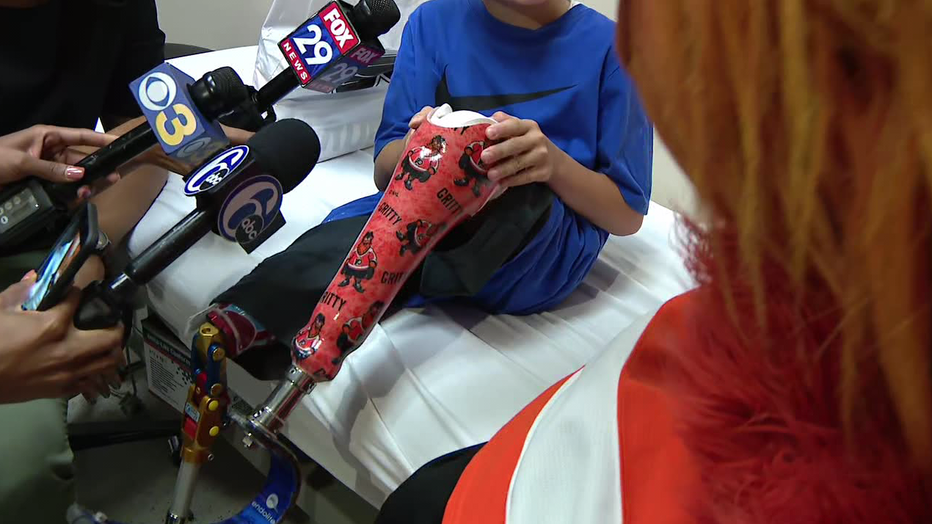 O'Rourke was all smiles Tuesday as Gritty made his grand entrance and bestowed his gifts upon the super-fan.

FOX 29's Lauren Johnson reports from Shriners Children's Hospital, where Gritty surprised the young fan ahead of his eighth birthday.