The announcement comes as House Speaker Nancy Pelosi said she was authorizing the drafting of articles of impeachment against President Trump.

WASHINGTON - The House Judiciary Committee will hold an impeachment hearing next week where lawyers from both parties will present evidence in the impeachment inquiry of President Donald Trump — as Democrats begin drafting articles of impeachment.

Slated for 9 a.m. Monday, the committee said in a statement that it will "receive presentations from counsels to the House Permanent Select Committee on Intelligence and House Judiciary Committee."

The announcement of next week’s hearing came hours after House Speaker Nancy Pelosi said she was authorizing the drafting of formal charges against Trump “sadly but with confidence and humility.”

“The president's actions have seriously violated the Constitution,” Pelosi said Thursday from the speaker's office at the Capitol. “He is trying to corrupt, once again, the election for his own benefit. The president has engaged in abuse of power, undermining our national security and jeopardizing the integrity of our elections.”

At the heart of the impeachment probe is a July call with the president of Ukraine, in which Trump pressed the leader to investigate Democrats as Trump was withholding aid to the country.

The chairmen of the House committees conducting the impeachment inquiry will begin drafting the articles, and some lawmakers were expected to remain in Washington over the weekend.

On Wednesday, the House Judiciary Committee held its first hearing and heard testimony from three leading legal scholars that Trump’s attempts to have Ukraine investigate Democratic rivals are grounds for impeachment, bolstering the Democrats' case. 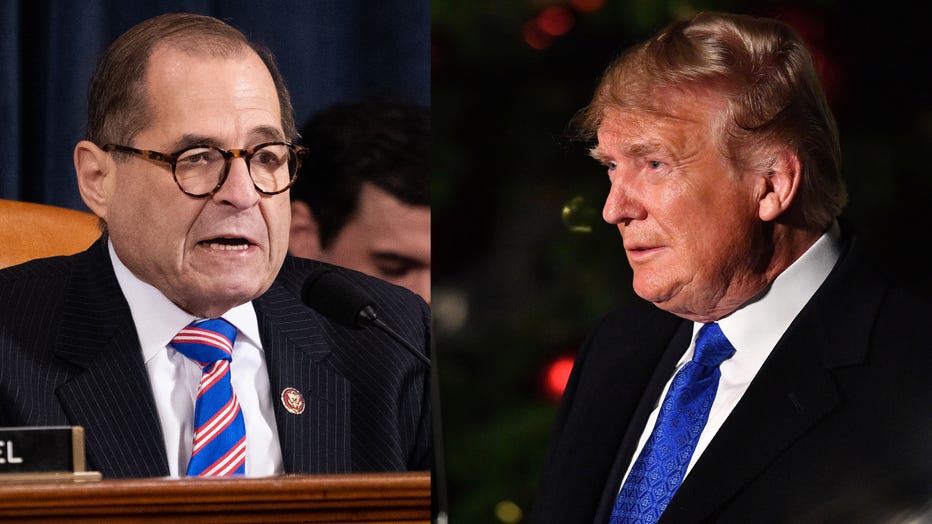 A fourth expert called by Republicans warned against rushing the process, arguing this would be the shortest of impeachment proceedings, with the “thinnest" record of evidence in modern times, setting a worrisome standard.

Drafting articles of impeachment is a milestone moment, only the fourth time in U.S. history Congress has tried to remove a president.

House rules provide the president and his attorneys the right to cross-examine witnesses and review evidence before the committee. The White House declined to participate in Wednesday’s hearing, but did not rule out participating in future hearings.

The House is expecting a full vote by Christmas, which would send the issue to the Senate for a trial in the new year.