“I never thought it would happen in my lifetime. I’ve been a Chiefs fan my entire life and oh my God! I can’t believe it. I really can’t,” exclaimed JoshZiehm.

“It’s amazing! We are so excited! Go Chiefs!” Maggie Grace gleefully cried out. 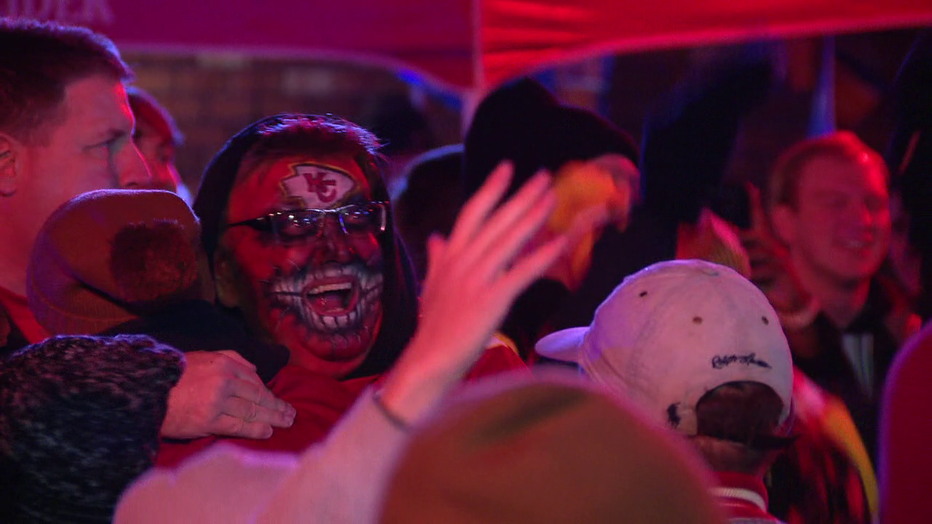 Carlton has been a faithful fan for 53 years.

“I was seven-years-old. I just started and never stopped. Don’t ask me why,” Carlton added.

He drove 85 miles from the Lehigh Valley just to be part of the fan frenzy.

Big Charlie’s Saloon in South Philly, of all places, is all Kansas City Chiefs all the time and Super Bowl Sunday the party was spilling outside onto the street at 11th and McKean. 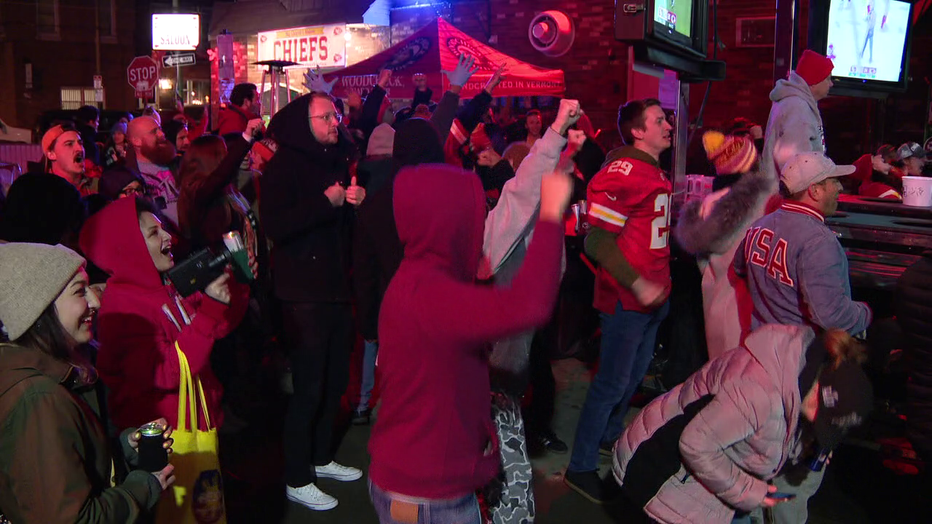 Newlyweds Bobbi and Blake Archer wanted to be part of the excitement. She’s from Philly. He’s from Kansas City.

“Yes, I am because I interned for the Chiefs. That’s what brought me out there. That’s how we met,” Bobbi replied.

“Are you surprised there’s a KC bar in Philly?” asked Timmeney.

“Yeah, we were very surprised. They call it Arrowhead East, so it’s nice to come out with some other fans,” Blake answered.