TAMPA, Fla. - A sickening attack on a feral cat in Hillsborough County. The 12-week-old kitten is expected to recover after being shot in the face with a six-inch plastic arrow. She was found with the bolt lodged in her head.

If cats have nine lives, this kitten only has a few left. She is recovering at Gulf Coast Veterinary Center Tampa after having surgery Friday.

“It took us maybe about an hour, maybe an hour and a half to get all the things repaired,” said veterinarian, Dr. Ronald Hamilton.

The 12-week-old Siamese mix was rushed in Wednesday afternoon. She was found near the University area with a plastic arrow lodged in her face. Hamilton thinks it had been there at least seven days, piercing through the sinus cavity, the roof of the mouth, through the tongue, and out the neck. 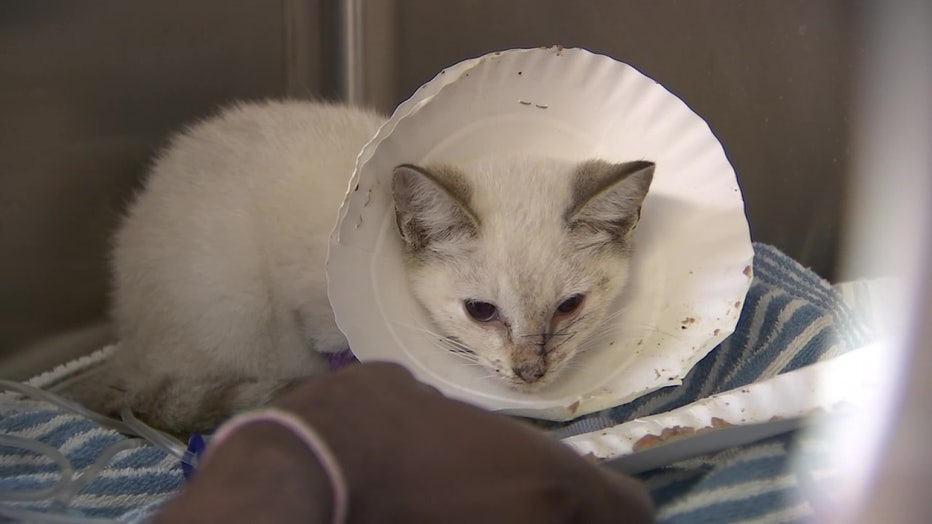 Based on the wounds, Hamilton believes the kitten was deliberately attacked. Likely shot with a bolt from a mini crossbow.

“The dart managed to miss everything vital,” Hamilton said. “It didn’t hit the major jugular here, it missed the esophagus as well which is phenomenal, and it doesn’t seem like there is any nerve damage. So this kitty cat is extremely, extremely lucky, extremely lucky.”

The injury made swallowing difficult, so the kitten was also dehydrated and weighs only half what she should at her age.

“She was used as target practice. It’s upsetting; I don’t know how people can do that to an innocent animal,” said Jennifer Tate. 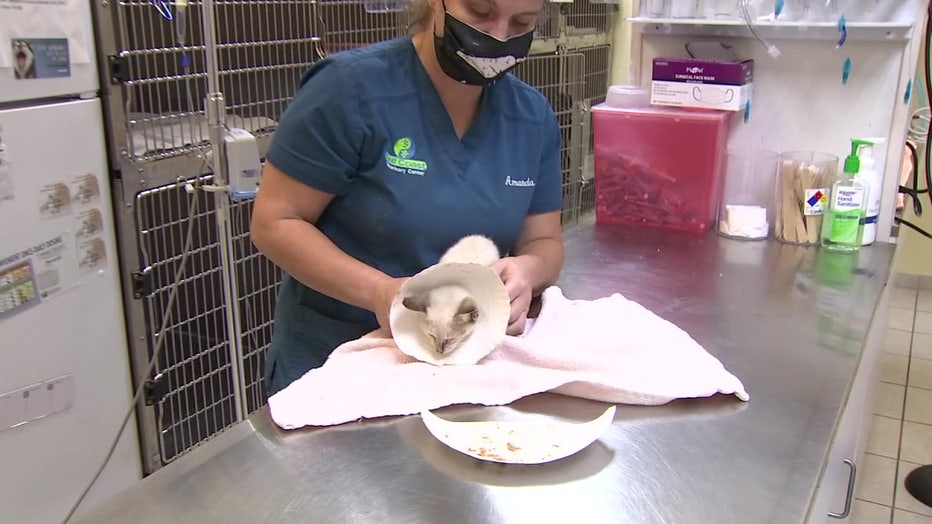 She is a volunteer with St. Francis Society Animal Rescue. She will be fostering the kitten, whose now being called Maid Marian, a nod to Robin Hood.

“I’ll be socializing her, getting her used to human touch, getting her to trust people, and you know we’ll find her just the right home so she’s never harmed again,” Tate said.

Hillsborough County Animal Control is searching for the person who shot Maid Marian. If caught, they could face felony animal cruelty charges.

“We would love information leading to finding the person that did this so we can stop this person from doing it again,” said Tate.
Maid Marian is expected to head home Saturday, but it will still be a few weeks before she can be adopted, and the vet does have a few concerns about her recovery.