It was a dream come true for a local teen. FOX 29's Alex George reports.

GLASSBORO, N.J. - It's a dream come true for a local 15-year-old with Cystic fibrosis. The huge football fan signed a letter of intent with the Rowan University football team.

"He has been through a lot in his life. He was diagnosed when he was five with Cystic fibrosis, which is a chronic disease that affects the lungs and the GI system," mom Elizabeth Pollard said. 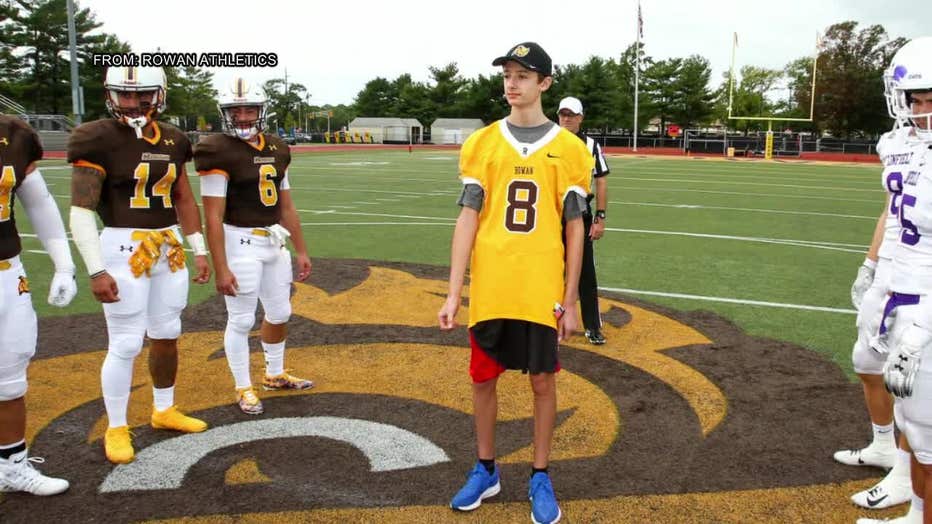 "It's been amazing to watch how Matthew handles things because nothing seems to phase him he just takes it in stride," Elizabeth said.

Elizabeth says it's important for him to stay active and engaged  She found out about the opportunity for him to be a part of Rowan University's football team through a program at CHOP.

"When they mentioned football, Matthew's ears perked up and so we knew that was the perfect match for him," she explained.

The Rowan football team already had him come on board helping out at games.

"He's done everything from giving our game jerseys, to flipping the coin, to carrying the flag out," coach Accorsi said.

The coach made it official, Matthew signed his official letter of intent with the Rowan University football team  He will be at the games, helping out the players and they will also help him. 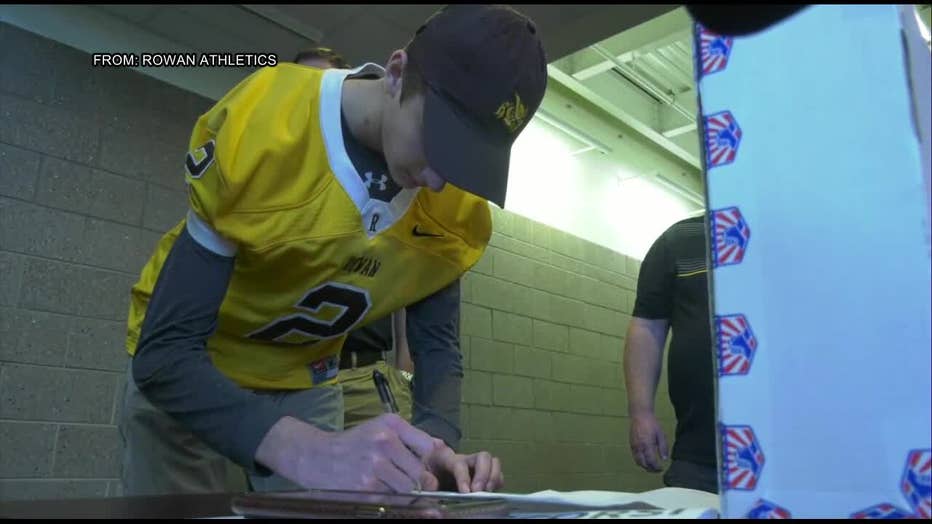 Matthew is involved in the Cystic Fibrosis Foundation and has his own team called the "Matthew's Marchers." For more information, please click here.