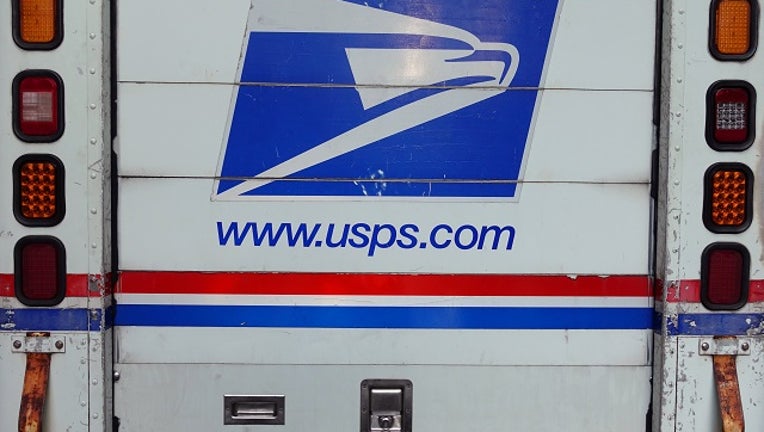 The United States Postal Service (USPS) logo is seen on the back of a truck outside a post office on August 17, 2020 in Jersey City, New Jersey. (Photo by Gary Hershorn/Getty Images)

PHILADELPHIA - A Philadelphia man has been charged with robbing postal service workers and kidnapping after police say he forced a postal worker into a mail truck and made her drive him around at gunpoint before he fled with several packages.

James Chandler, 54, was ordered to be detained until trial during a federal court appearance on Friday. A phone message left with attorneys at the Defender Association of Philadelphia was not returned.

The indictment alleges that Chandler robbed two uniformed postal workers in separate incidents on Jan. 11 and Feb. 4. During both incidents, he used a replica handgun to force the employees into their postal trucks and stole packages, according to authorities.