MISSION VIEJO, Calif. - Law enforcement in Orange County responded to a report of a suspicious man next to a parked vehicle on Tuesday morning and arrived to find him attempting to repair a flat tire using gauze and Band-Aids.

Around 6 a.m., a citizen called dispatch to report a suspicious man next to a parked vehicle near Felipe Road and Barbadanes in Mission Viejo.

When deputies arrived, they noticed both of the driver’s side tires were flat and a 26-year-old man was trying to use gauze and Band-Aids to repair them.

The man was arrested for being under the influence of drugs, his identity has not been released. 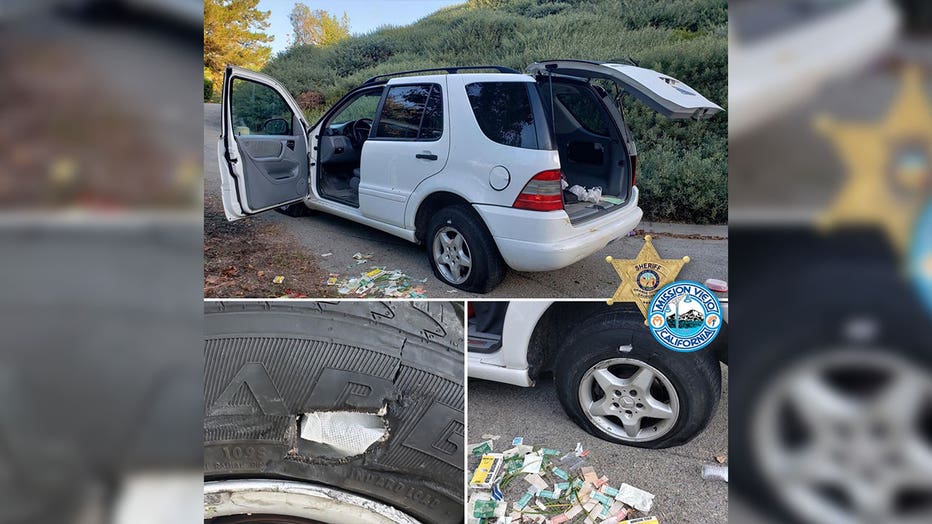