Groom Matt Reilly was posing with his groomsmen outside of his wedding venue in downtown Omaha, Neb., when the group was interrupted by a brightly dressed woman on a Lime scooter. 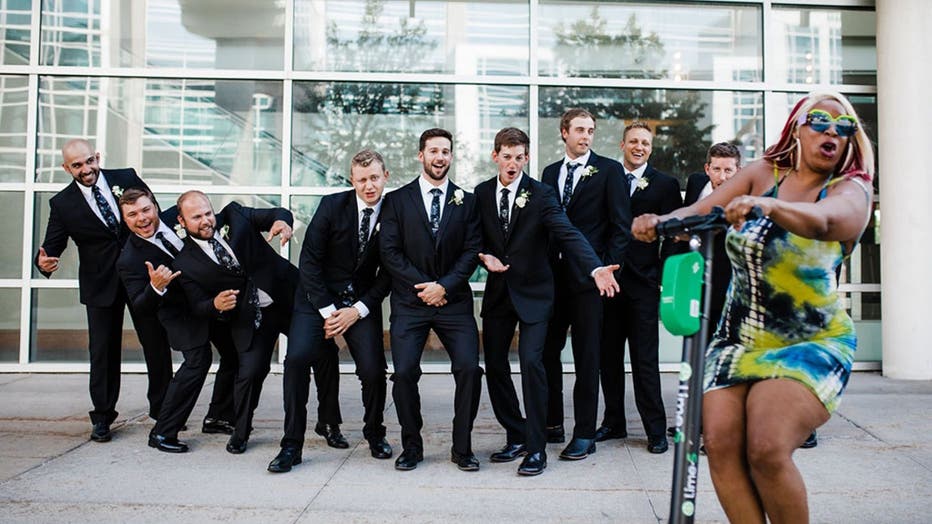 “I love jumping into people’s pictures and if the opportunity comes I take it. I’m there thinking to myself, ‘I’m going to photo-bomb this picture,’” Kenyatta Jefferson, the photo-bomber, told Yahoo Lifestyle. “As she was taking the picture I zoomed through.”

The groomsmen in the photo barely had time to comprehend what was happening as the woman tore through the photo, posing for three frames.

“When your wedding is in downtown Omaha during the College World Series, you never really know what might happen,” the wedding photographer, Molly B. Photography, wrote on Facebook.

As soon as the groom and his party realized they had been photo-bombed, they tried to get her to come back and do it again — which she happily did. 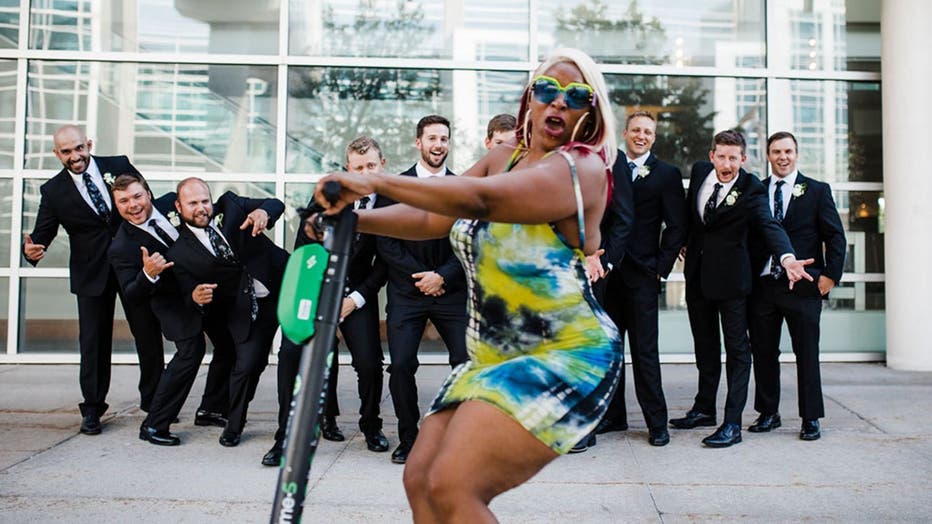 “They were all saying, ‘Come back, come back!’ So, I zoomed around them again and they went crazy and trying not to fall’,” Jefferson, who was out exploring the downtown area on her scooter with her husband Eric and another friend, told Yahoo Lifestyle.

However, as soon as she did her second loop, she was gone, leading the photographer, Molly Giangreco, and the groomsmen to start a viral campaign searching for the mystery scooter girl.

“This woman, having the time of her life on a scooter, kept riding past us — posing for photos and we LOVE her for it!” Giangreco wrote on Facebook. “She wanted to see them so let's see if we can find her by sharing.” 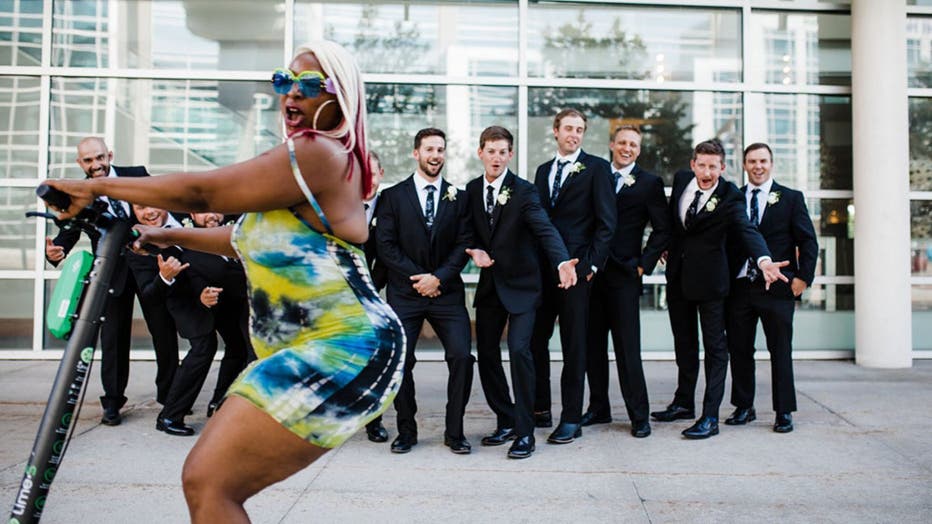 Giangreco also set up a hashtag “Find Scoot Girl.” Fortunately for the party, the hashtag went viral, and within an hour, a friend of Jefferson saw the photo and immediately alerted the woman.

“They were like, ‘What are you doing with these people's wedding party?’” Jefferson said of her friend’s message, tipping her off about the photo.

Soon after, Reilly and his group were able to put a name to the face who hilariously zipped through their pictures. But more than that, Reilly said he has taken away a big life lesson.

“From this experience, I think my biggest takeaway is to live in the moment, as cliché as it sounds,” he said to Yahoo Lifestyle.

Giangreco also updated her photo to tag Jefferson, thanking everyone who was able to track her down.