A national guardsman returning from a 21-month deployment in Afghanistan was forced to pay $200 to board a United Airlines plane home. The charge was for an overweight bag - a fee he felt was unnecessary.

First Lieutenant John Rader unpacked his military-issued bag in his Kyle home. The heaviest contents included a Kevlar vest, two helmets and boots. All are items he wore while on a 21-month deployment in Afghanistan.

He was initially set to serve nine months, but voluntarily stayed more than double the time.

"I just absolutely enjoy the fact that I can serve my country and live my life at the same time," said Rader.

While preparing to board a United flight from El Paso Monday night, he was told his bag was too heavy to qualify under the airlines' free military baggage policy.

"I was told point blank that I'd have to pay $200 for the overage or find another bag to siphon stuff off with," said Rader. "Well, I didn't have another bag so I was caught in a bind, do I go home without my stuff or without it?"

Rader reluctantly paid the fine. He says another soldier traveling with him had to pay as well.

According to a United Airlines spokesperson, active military are allowed to check five bags free as long as they are under 70 pounds.

"In the past airlines have been very flexible to soldiers whether its upgrading us in our seating arrangements helping us with numerous bags we travel with often. This is the first time and an isolated case in my history where it's actually occurred. It became upsetting when all you want to do is get home and you have a $200 charge thrown on top," said Rader.

We checked with other airlines. American allows up to five complimentary bags weighing up to 100 pounds.

Southwest says active military is exempt from the airlines' two piece baggage limit as long as all pieces are under 100 pounds.

When it comes to United, Rader says they will no longer get his business.

"As I civilian traveling, I would not fly United after this situation," said Rader.

"We are disappointed anytime a customer has an experience that doesn't meet their expectations, and our customer care team is reaching out to this customer to issue a refund for his oversized bag as a gesture of goodwill."

"$200 can go a long way when you come back. Not a lot of people are compensated, so $200 comes out of pocket, you weren't expecting it can change things so I just want to make sure soldiers are cared for going forward," he said. 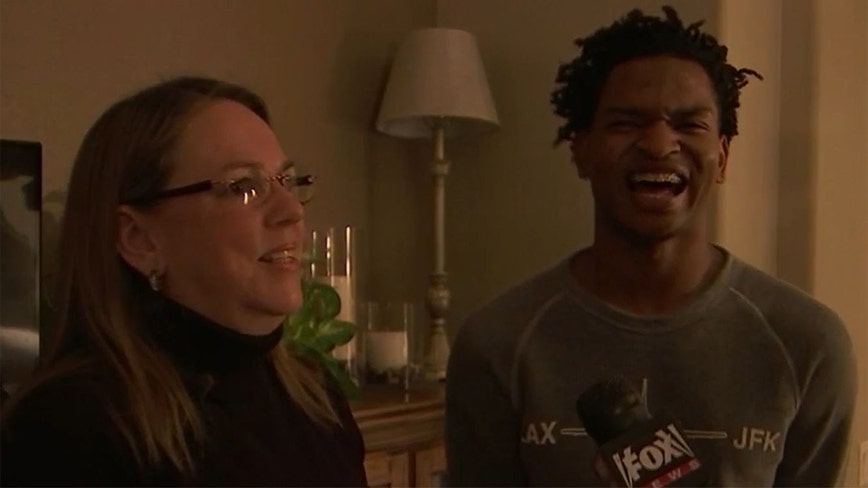