Many of them got a call in their rooms saying that the hotel had been sold and they had to get out of their rooms by 4 p.m.

KISSIMMEE, Fla. - Nearly 100 tourists are looking for a place to stay on Thursday night after they have been kicked out of their hotel with nowhere to go.

This all went down at Champions World Resort in Kissimmee.

Many of them say they got a call in their rooms saying that the hotel had been sold and they had to get out of their rooms by 4 p.m.

Hotel guest Andrea Skhy explained that the man on the phone call "indicated that he was the general manager and that he'd been just informed that the hotel had been sold and that all staff and guests needed to vacate the property today."

FOX 35's David Bodden was at the scene as people exited the resort. He observed a person who seems to work at the hotel going door to door, checking rooms.

Many reportedly got a phone call on Thursday that the hotel had been sold and they need to get out of their rooms now.

Many of the guests leaving say they do not know what they are going to do.

"We don't have anywhere to go. Our flights are for the 7th and I've already paid and this is a big inconvenience. They didn't let us know. We booked it months ahead. We've been here already a week," said Victoria Oquendo, a guest visiting from the New England area with 14 other members of her family

Many guests are worried about refunds. Skhy said that they were told by the general manager that "we've notified the third party agencies and they would be doing a refund."

However, guest Oquendo said her money is limited and having to wait for a refund is going to make finding a new place for her large family nearly impossible, citing that "it's a lot of us so it is not like we can just book one room or two. And it's spring break, everything is super expensive." 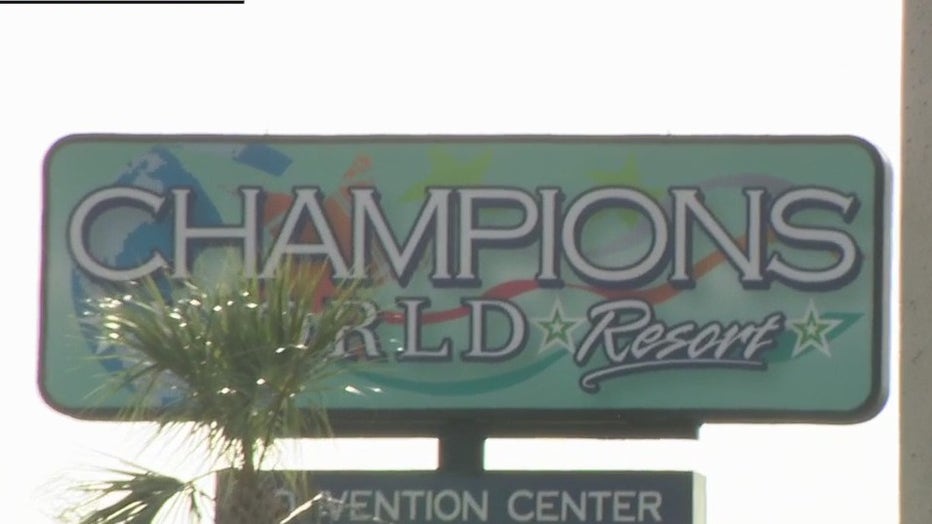 She added that her mother is disabled and she has babies with her on the trip.

In addition, Oquendo said that the staff told her that they were fired too.

Another guest, Hector Soto, said he got into a heated argument with hotel staff after being informed that he would have to vacate his room. He planned a trip here three months ago partly to celebrate the birthday of one of his kids.

Many of them say they got a call in their rooms saying that the hotel had been sold and they had to get out of their rooms by 4 p.m.

The new owners of the hotel reportedly plan to shut the power off to the motel by 12 a.m., effectively shutting the place down and forcing anyone that was hoping to stay until at least tomorrow out onto the street.

FOX 35 has reached out to State Representative Kristen Arrington to see if her office could do something to help these guests. So far, we have not heard back.

We will continue to dig for more details, check back for updates.