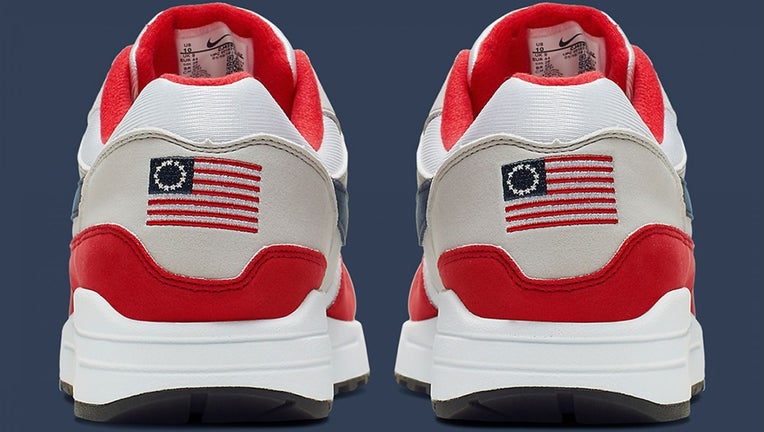 According to TMZ, several leaked pairs have sold for more than $2,000.

The shoes were set to be released just before the Fourth of July holiday, but the company recalled the shoes. Nike nixed the design after former NFL quarterback turned activist, Colin Kaepernick, told the company that he and others felt the shoes were an offensive symbol because of its connection to an "era of slavery."

TMZ reports that on the website StockX, a popular streetwear auction site, a pair of the Betsy Ross sneakers sold for $2,501, with other sellers asking similar prices.

Since the controversial move by Nike, Arizona Gov. Doug Ducey expressed his disappointment and is pulling incentives for the new Nike plant that was set to open in Goodyear, Arizona.