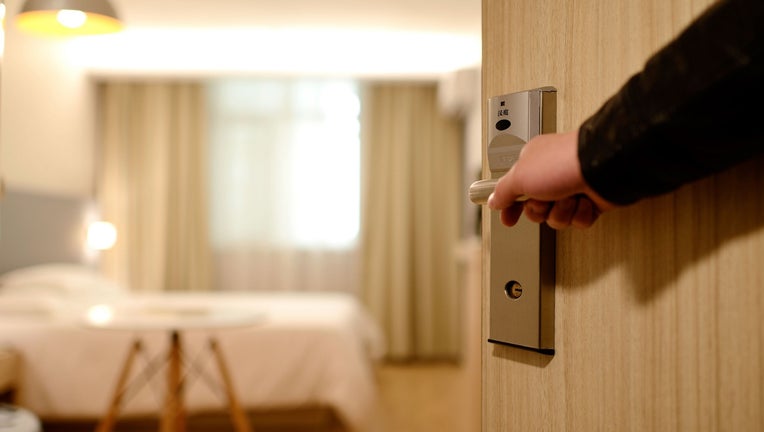 TRENTON, N.J. - New Jersey has failed over the past five years to fully carry out a state law aimed at preventing human trafficking by skipping a requirement to issue annual reports on prevention efforts, The Associated Press has found.

The 2013 Human Trafficking Prevention, Protection, and Treatment Act stiffened penalties for human trafficking convicts, set up a fund for victims and also established a commission required to issue annual reports to the governor and lawmakers.

There was a public report in 2014 posted online but none since then, the AP found in response to a request for records.

The fund for victims also appeared to have a zero balance, according to the Treasury Department. It was supposed to be financed with fines from human trafficking convicts.

The attorney general, whose department oversees the commission, and Gov. Phil Murphy’s office did not explain the zero balance.

But Attorney General Gurbir Grewal said Friday in a statement that his office was aware the commission “has not been operating at full capacity” and that he would be “reinvigorating” it.

Grewal’s statement comes just as his office’s task force on human trafficking — a completely separate entity than the commission established in 2013 — hosts its annual Human Trafficking Awareness Event in Trenton.

The commission’s vice chairman, Mercer County Prosecutor Angelo Onofri, said Friday at the event in Trenton that the commission hasn’t had enough members to reach a quorum but has still been meeting. He said the governor’s office would be naming new commission members soon.

Human trafficking amounts to modern-day slavery, according to victim advocates and other experts. It can entail the sex trade or coerced labor. It makes headlines around the Super Bowl, which some say is a magnet for traffickers, but officials stress that trafficking occurs throughout the year.

New Jersey ranked No. 13 among states for human trafficking cases reported in 2019, up from No. 14 in 2018, according to the National Human Trafficking Hotline, a website run by a nonprofit funded with federal money.

Most states have a commission or agency specializing in human trafficking. According to the National Conference of State Legislatures, 26 states have enacted legislation setting up commissions, while 13 others have them run by the attorney general or other executive branch agency. Twenty-two states have funds for survivors.

“It just appears to me that inaction or being slow to act just means they don’t understand the urgency,” said Ingrid Johnson, board member of the NJ Coalition Against Human Trafficking and mother of a trafficking survivor. “This is about saving somebody’s life.”

Kate Lee, the coalition’s executive director, did not criticize the administration. But she said the commission’s work is significant because criminals are constantly changing and updating their tactics. She said traffickers have begun using gaming apps to groom victims.

“It’s essential to have a commission of experts to stay on top of each new challenge in order to prevent trafficking. Getting the next wave of appointments finalized is a matter of urgency,” Lee said.

It’s unclear how many seats of the 15-member commission in New Jersey are currently filled.

Lawmakers expressed concern about the failure of the commission to meet legal requirements.

Republican Assemblywoman Nancy Munoz received an award recently at an event hosted by the coalition. She said she would look into the matter.

“They shouldn’t just be dropping the ball on this,” she said.

Democratic state Sen. Troy Singleton also received an award at the event. He said his office sent a letter to the attorney general’s office seeking answers.

“Too often the spirit of good legislation falls flat when it comes to enactment,” he said. “We’re doing a disservice to the spirit of (the law) but also the letter of it.”

Data on human trafficking indictments and convictions gives some idea of the scale of the problem.

From 2008 to December 2018, there were 102 human trafficking indictments and 52 convictions in New Jersey, according to information from the attorney general’s office. There could have been additional convictions resulting from other charges, the office added.

Danielle Buckley, the chief assistant prosecutor of Atlantic County, said one reason it can be hard to get convictions is that sometimes survivors don’t want to come forward because they don’t see themselves as victims.