A New Jersey man has gotten another shot at life after a historic operation performed by doctors at NYU Langone Health.

NEW JERSEY - A 22-year-old man from Clark, New Jersey who became the first person in the world to undergo a successful face and double hand transplant addressed the media Wednesday.

Almost six months after the rare procedure, Joseph DiMeo is relearning how to smile, blink, pinch and squeeze.

"I knew it would be baby steps all the way," DiMeo told The Associated Press recently. "You’ve got to have a lot of motivation, a lot of patience. And you’ve got to stay strong through everything."

A surgical team of 140 doctors and nurses from NYU Langone Health lead by Dr. Eduardo Rodriguez performed the 23-hour operation. The face and hands were obtained from a single donor. 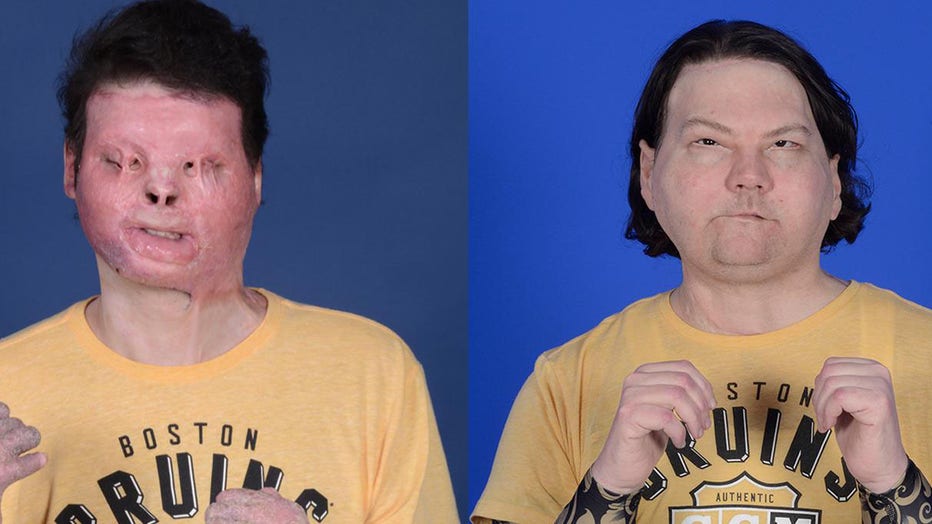 After receiving a face and double hand transplant—the first successful case of its kind in the world—Joe DiMeo is working hard to get back to the activities of everyday life he enjoyed before his accident. PHOTO: NYU LANGONE STAFF

Worldwide, surgeons have completed at least 18 face transplants and 35 hand transplants, according to the United Network for Organ Sharing, or UNOS, which oversees the U.S. transplant system.

But simultaneous face and double hand transplants are extremely rare and have only been tried twice before. The first attempt was in 2009 on a patient in Paris who died about a month later from complications. Two years later, Boston doctors tried it again on a woman who was mauled by a chimpanzee, but ultimately had to remove the transplanted hands days later.

"The fact they could pull it off is phenomenal," said Dr. Bohdan Pomahac, a surgeon at Boston’s Brigham and Women’s Hospital who led the second such attempt. "I know firsthand it’s incredibly complicated. It’s a tremendous success."

DiMeo will be on lifelong medications to avoid rejecting the transplants, as well as continued rehabilitation to gain sensation and function in his new face and hands.

In 2018, DiMeo fell asleep at the wheel, he said, after working a night shift as a product tester for a drug company. The car hit a curb and utility pole, flipped over, and burst into flames. Another driver who saw the accident pulled over to rescue DiMeo. 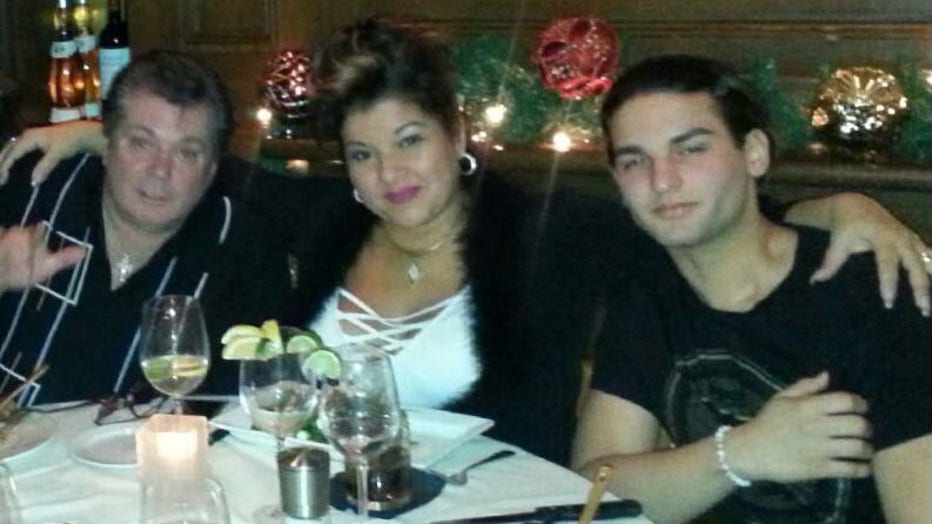 Joe DiMeo in a photo prior to his accident in 2018. Photo Provided by: NYU LANGONE STAFF ​

Afterward, he spent months in a medically induced coma and underwent 20 reconstructive surgeries and multiple skin grafts to treat his extensive third-degree burns.

Once it became clear conventional surgeries could not help him regain full vision or use of his hands, DiMeo’s medical team began preparing for the risky transplant in early 2019.

Doctors estimated he only had a 6% chance of finding a match compatible with his immune system. They also wanted to find someone with the same gender, skin tone and hand dominance.

Then during the search for a donor, the pandemic hit and organ donations plummeted. During New York City’s surge, members of the transplant unit were reassigned to work in COVID-19 wards.

In early August, the team finally identified a donor in Delaware and completed the 23-hour procedure a few days later.

They amputated both of DiMeo’s hands, replacing them mid-forearm and connecting nerves, blood vessels and 21 tendons with hair-thin sutures. They also transplanted a full face, including the forehead, eyebrows, nose, eyelids, lips, both ears and underlying facial bones.

"The possibility of us being successful based on the track record looked slim. It’s not that someone has done this many times before and we have a kind of a schedule, a recipe to follow."

"The possibility of us being successful based on the track record looked slim," said Dr. Eduardo Rodriguez. "It’s not that someone has done this many times before and we have a kind of a schedule, a recipe to follow."

So far, DiMeo has not shown any signs of rejecting his new face or hands, said Rodriguez.

Since leaving the hospital in November, DiMeo has been in intensive rehabilitation, devoting hours daily to physical, occupational and speech therapy.

"Rehab was pretty intense... retraining yourself to do stuff on your own again."

"Rehab was pretty intense," DiMeo said, and involves a lot of "retraining yourself to do stuff on your own again."

During a recent session, he practiced raising his eyebrows, opening and closing his eyes, puckering his mouth, giving a thumbs up and whistling. DiMeo can feel his new forehead and hands get cold, and often reaches up to push his long hair off of his face.

DiMeo, who lives with his parents, can now dress and feed himself. He shoots pool and plays with his dog Buster. Once an avid gym-goer, DiMeo is also working out again — benching 50 pounds and practicing his golf swing.

"You got a new chance at life. You really can’t give up," he said.

As with any transplant, the danger of rejection is highest early on, but lasts indefinitely. The medications he takes also leave him vulnerable, for the rest of his life, to infections.

"You’re never free from that risk," Klassen said. "Transplantation for any patient is a process that plays out over a long period of time."

Still, Rodriguez said he’s amazed to see that DiMeo has been able to master skills like zipping up his jacket and putting on his shoes.

"It’s very gratifying to all of us," Rodriguez said. "There’s a tremendous sense of pride."