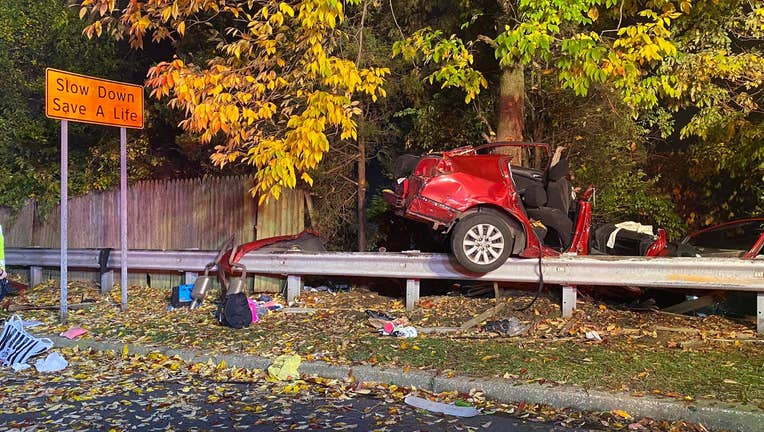 The driver was taken to a nearby trauma center. The extent of the victim's injuries is unknown at this time.

MARPLE TWP, Pa. - Authorities say three people were injured after a car crashed into a guard rail and into a wooded area early Wednesday morning in Marple Township.

Firefighters from the Broomall Fire Company were called to the area of West Chester Pike & Raymond Road for reports of an accident.

According to officials, a mangled vehicle was found resting atop a guard rail and pinned against a tree. Crews worked for about 40 minutes to free the driver from the twisted metal. Two passengers were treated for non-life-threatening injuries, according to fire officials.

The driver was taken to a nearby trauma center. The extent of the victim's injuries is unknown at this time.

Investigators are working to determine what caused the single-car crash.