A Pennsylvania man is being credited with saving a Uniontown Police officer’s life after he helped pull him from a burning car Sunday night. Daylan McLee said he didn’t hesitate to save a human life.

UNIONTOWN, Pa. - There was a boom, then the house shook. Daylan McLee thought for a minute it might have been a small earthquake until a relative came running inside to say there had been a car crash involving a police cruiser outside the apartment in Uniontown, Pennsylvania, about 45 miles south of Pittsburgh.

McLee ran outside and pulled an officer from the mangled patrol car as flames began to spread into the cabin. Police officials and others have credited McLee with saving the officer’s life after the Sunday evening crash.

“I don’t know what came across me, but I ripped the door open and just pulled him to safety across the street,” McLee said Monday.

Protests over police brutality following the death of George Floyd in Minneapolis that have gripped the nation for weeks have laid bare tensions between police and the communities they serve, exposing grave mistrust by civilians, and frustration by law enforcement officers who say they are being painted with too broad a brush. But for McLee, the issue broke through the larger questions on race and policing; it was about saving a life. 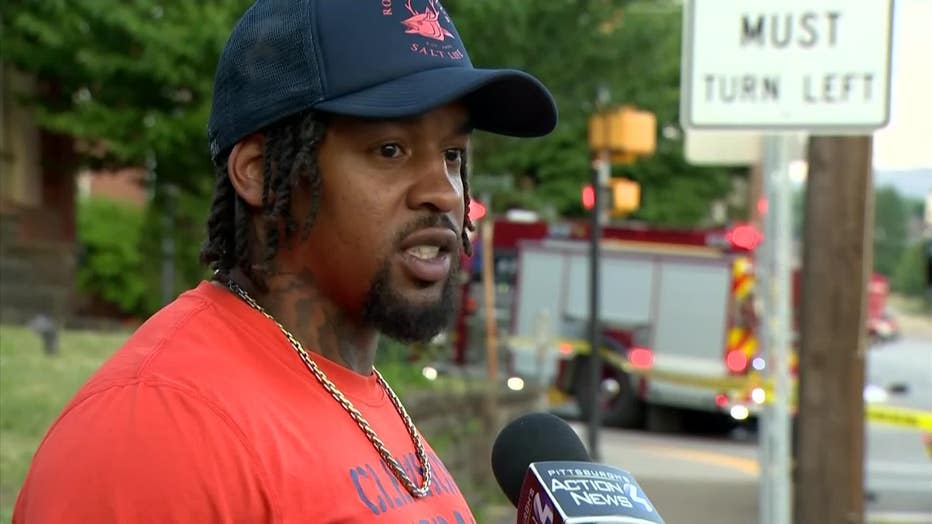 Uniontown Police Lt. Thomas Kolencik’s voice cracked as he told WTAE-Pittsburgh at the scene Sunday that the department was thankful McLee was nearby when the crash happened.

“Daylan actually said, ‘I’m not going to let him die,’” Kolencik told the TV station. “There’s just no words to describe, you know.”

Several of Officer Jay Hanley’s relatives had thanked McLee on social media Sunday and Monday, noting the officer was undergoing surgery after the crash for a serious leg injury.

McLee said Hanley’s sister had called to thank him, along with a handful of officers and even the police chief.

The 31-year-old said it wasn’t a complicated decision to help another human being. But even some of his close friends wondered if he hesitated because of his previous interactions with a few law enforcement officers.

“No. There is value in every human life. We are all children of God and I can’t imagine just watching anyone burn,” he said. “No matter what other people have done to me, or other officers, I thought, ‘this guy deserves to make it home safely to his family.’”

McLee filed a lawsuit in late 2018 against four Pennsylvania State Police troopers for wrongful arrest after he spent a year in jail related to a March 2016 fight outside an American Legion bar. 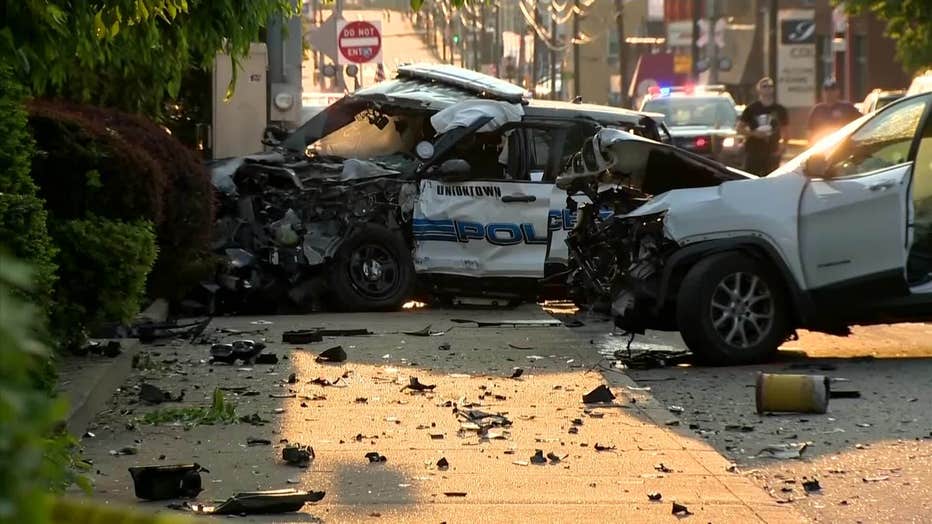 McLee had rushed to the bar in Dunbar, Pennsylvania, after his sister called saying she needed a ride home because she had been drinking and a fight had broken out. When McLee arrived, he disarmed a man who was standing in the parking lot with a gun and threw the weapon aside.

At least one trooper fired shots at McLee as he fled. The trooper said McLee pointed a weapon at him twice, but security footage showed McLee disarming the man, discarding the gun quickly and fleeing when shots were fired.

McLee, a Black man with tattoos visible on his neck and arms and twisted dreads that reach below his chin, spent a year in jail before a jury acquitted him on the charges after reviewing the video. That was a year away from his children, and a year away from his mother, who was ill at the time. She passed away last year.

McLee had another run-in with officers a few months ago, when he ran from a porch gathering after officers in plain clothes and vests approached with guns drawn. He said they did not announce they were officers, and he stopped running and put his hands behind his head when they yelled they were police.

He said he was charged with fleeing and resisting arrest, but said during that arrest an officer kicked him in the face through a fence, splitting his lip. He said the use of force was caught on a security camera and he plans to fight the charges.

But McLee stressed forgiveness, saying he couldn’t blame every police officer for bad interactions he had with any others.

“We need to work on our humanity... that’s the main problem of this world. We’re stuck on how to get up or to get even, and that is not how I was raised to be. You learn, you live, you move on and I was always taught to forgive big,” he said. “You can’t base every day of your life off of one interaction you have with one individual.”

McLee’s attorney Alec Wright said he isn’t surprised his client acted quickly and without being jaded.

“Over the course of his life, Daylan McLee has had multiple, unjustified encounters with police officers just because of the color of his skin,” Wright said. “Those encounters make him the perfect candidate to hate and resent the police. But, that is not Daylan... The answer is not to disregard human life; the answer is to accept it for all that it is. That is Daylan.”

Police said the officer McLee helped rescue was flown to a hospital in West Virginia where he underwent surgery and is recovering. McLee said he realized after the crash that he had spoken to Hanley maybe three weeks earlier when the officer was on patrol.

“I realized after, that I’d seen him. He speaks to people; he says hello; he isn’t an officer that harasses anybody. He commented to me about the heat was coming for us,” he said.

McLee has a 13-year-old son, Avian, who he is trying to teach not to judge anyone for the color of their skin, for the job they hold or for what other people might say about them, but to instead look at people as individuals.

“Some people may think I look intimidating... and I can’t hate the trooper who shot at me for what he doesn’t know,” McLee said.

“I don’t want to be called a hero. I just want to be known as an individual who is an upstanding man. No matter... what or where, just an upstanding person,” he added. “And I hope (that trooper) sees this and knows he’s forgiven.”

Uniontown police would not comment Monday on the crash or McLee’s actions, saying questions should be directed to Pennsylvania State Police who are investigating the crash. Phone calls and emails to a Troop B spokesman were not returned.