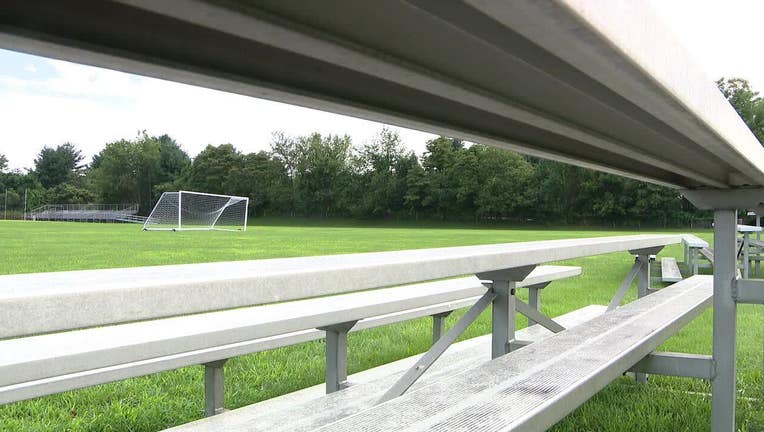 HARRISBURG, Pa. - Some Pennsylvania school districts are permitting more fans in the stands in the wake of a federal judge’s ruling that tossed statewide pandemic limits on crowd size, while legislative Republicans prepared Wednesday to renew their push to enshrine local control of school sports into law.

The state Department of Education has asked schools to voluntarily comply with Democractic Gov. Tom Wolf’s since-invalidated gathering restrictions, which had been set at 25 indoors and 250 outdoors until last week’s court ruling that such limits were unconstitutional.

The Wolf administration is appealing that ruling, but a number of districts have already opted to go their own way, including the Altoona Area School District, which will allow up to 3,400 spectators at Mansion Park Stadium -- 33% of its capacity -- for Friday’s game against Cumberland Valley. The Eastern Lancaster School District will allow up to 1,000 people into its stadium, and up to 148 for indoor events like girls volleyball.

The Pennsylvania Interscholastic Athletic Association, the governing body for school sports, told member schools that Wolf’s caps aren’t mandatory, “at least for the moment,” and that each school can make its own decision on crowds at games.

“If schools decide to increase the 25/250 limits, they should exercise caution and good judgment in setting numbers for attendance at indoor and outdoor sports,” wrote the PIAA’s executive director, Robert Lombardi.

House Republicans, meanwhile, scheduled an override vote Wednesday on Wolf’s veto of a bill that gives school districts the sole ability to make decisions on sports, including whether and how many spectators to allow. If it passes, the Senate would also have to vote to override.

Democratic lawmakers have shied away from defying a veto by Wolf, and Wolf has not lost an override vote since he became governor.

At a news conference Tuesday, Wolf said he monitored attendance at football games last weekend -- days after the judge’s ruling -- and said “there were very few schools, if any, that had big, big crowds at their events.” He surmised that people “self-regulated” and stayed away to avoid crowds.