FOX 29's Joyce Evans has more on how the Philadelphia Eagles brought Halloween to kids at CHOP.

It's his last day after more than a month of grueling treatments at CHOP. He's leaving with metal rods, plates, screws and pins following a hit-and-run that nearly killed him.

"I was actually getting ready for his birthday party and it was an Eagles birthday when this happened," his mom, Jodie Shuster, said. 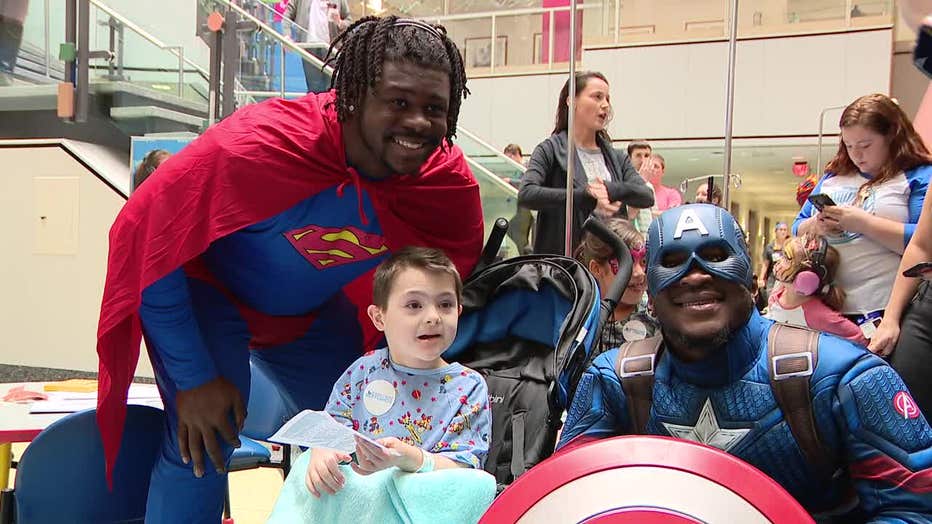 It was hard to tell who was more excited.

"That's what it's about. We play the game for stuff like this is. These kids look up to us like superheroes and we try to do whatever we can to give back and put smiles on these kids' faces," running back Miles Sanders said. 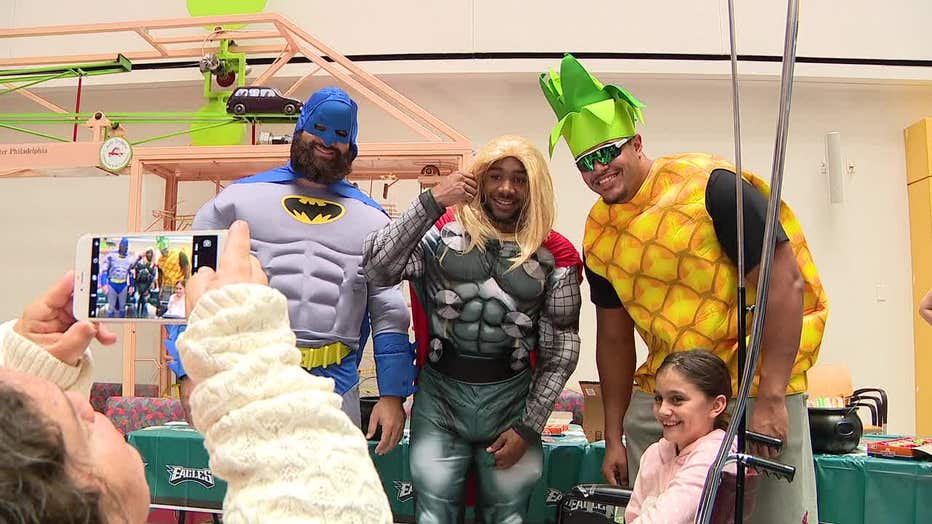