PHILADELPHIA - A new effort is bringing together the Philadelphia Police Department, the ATF and the U.S. Attorney's Office is underway in Philadelphia. The goal is to stem the rising tide of gun violence in the city.

"The collaboration with our federal partners and the knowledge and resources that these federal agencies provide, are crucial assets to any department," Police Commissioner Danielle Outlaw said. "We will continue to work with our federal, state, and local agencies to increase the quantity of our investigatory work and ultimately, strengthen these cases with federal consequences."

"Violent criminals should consider yourself warned. Do not use a gun to commit a crime.  If you do you will end up behind bars for so long you won’t know what hit you. We have had enough. We are all hands on deck and we are coming for you," U.S. Acting Attorney Jennifer Arbittier Williams said. 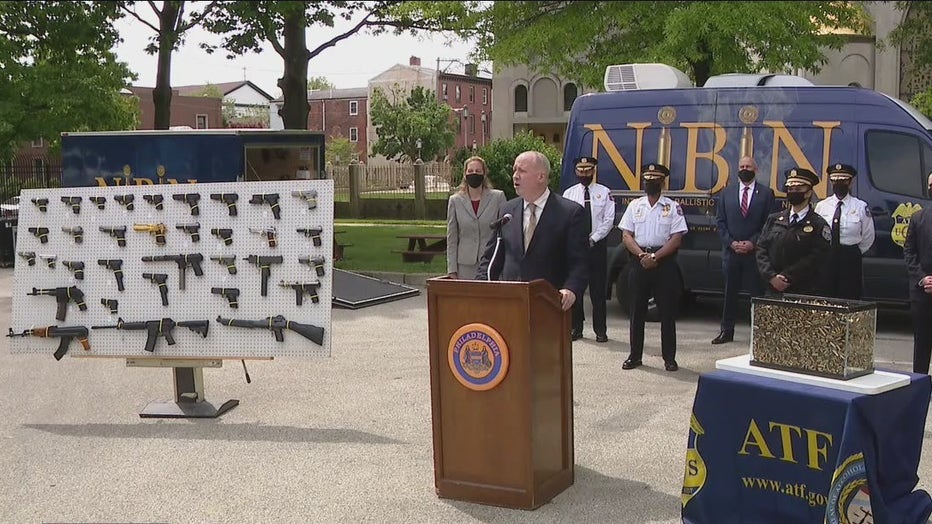 Partnering with the ATF and a new van called the NIBIN will remain at PPD’s forensic lab adding extra help to investigations. It’s a separate crime lab linked to a federal database. Step one is to get through the backlog in Philly.

By reducing the backlog of this process, multiple shootings could now connect to a single shooter within a reduced amount of processing time.

"We are able to keep processing evidence inside and they are here to help us process evidence out here to catch us up," ATF SAC Matthew Varisco explained.

The NIBIN van coupled with PPD Forensics efforts will drive an increased amount of investigations for successful case resolutions and will initiate the investigation trail of illegal gun activity. By linking a gun and its casings, this effort will ultimately give PPD detectives the increased opportunity to determine if there is a unique path that could expose similar criminal activity in separate locations.