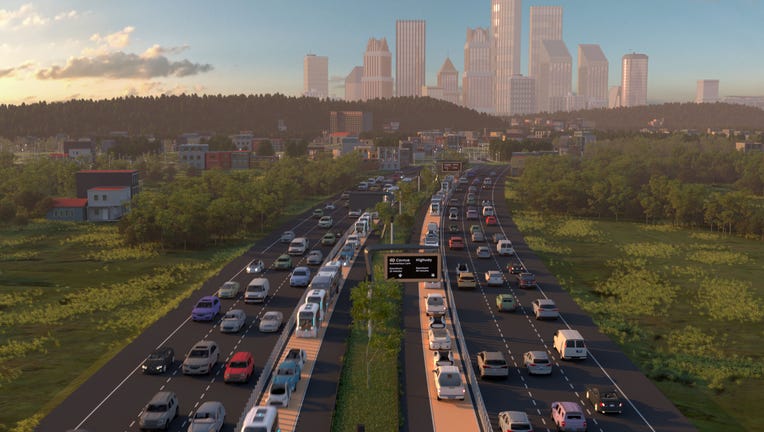 The project, which is being called an "advanced transportation and mobility technology and infrastructure effort," would build or assign dedicated lanes for automated vehicles on a 40-mile stretch of highway between Detroit and Ann Arbor.

First autonomous roadway of its kind announced for southeast Michigan

The state of Michigan is once again the blueprint for the nation's automotive landscape.

Organizers say the project is the first of its kind in the U.S.

"What may be the world's most sophisticated roadway will be built here in Michigan to increase safety, efficiency, resilience and operations of roadways in the not-so-distant future. We want to make it very clear - Michigan is the undisputed leader in the nation's automotive landscape, whether that is building cars, improving infrastructure or creating an ecosystem to the solve biggest challenges in future mobility," Gov. Whitmer said at the news conference.

RELATED: From streaming to self-driving cars: How technology has changed our lives over the past 10 years

Cavnue, a company founded by Sidewalk Infrastructure Partners, was selected to lead the project in partnership with the state of Michigan.

The first step in the initiative is a two-year study that would determine whether existing lanes or shoulders can be used, or new lanes need to be built.

Eventually, autonomous buses and shuttles will run along the Interstate 94 corridor, linking the University of Michigan to Detroit Metropolitan Airport and the city's downtown.

"The potential that this project holds will help further accelerate this region's transformation because we must build for the world we're moving into, not the world that we've known. This project is part of a new world, one where Michigan continues to disrupt and lead the world by changing the way people move and help reduce emissions, increase transportation equity and better connect all of our communities," Ford said. "There's no place in the world more important for transportation's past, present and future than Detroit and Michigan. And today's announcement is proof that we don't plan to seed that future to anyone else."