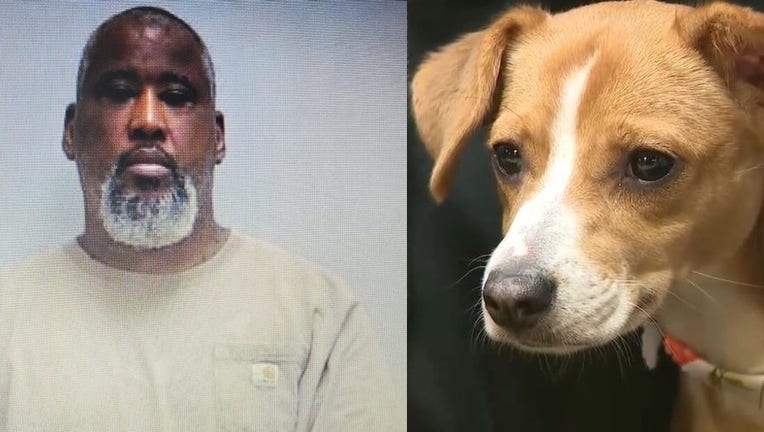 The video from a security camera outside Waggz N Whiskerz in Adairsville shows a car pull up, a man gets out, looks around then appears to be rummaging through his trunk. Suddenly he pulls out a small dog and throws him across the parking lot.

"She flew about 20 feet before she hit the ground," said Amanda Collum who was inside the building working and saw the whole thing on the security camera in real-time.

Thankfully, the dog got up and was found huddled under Collum's car. 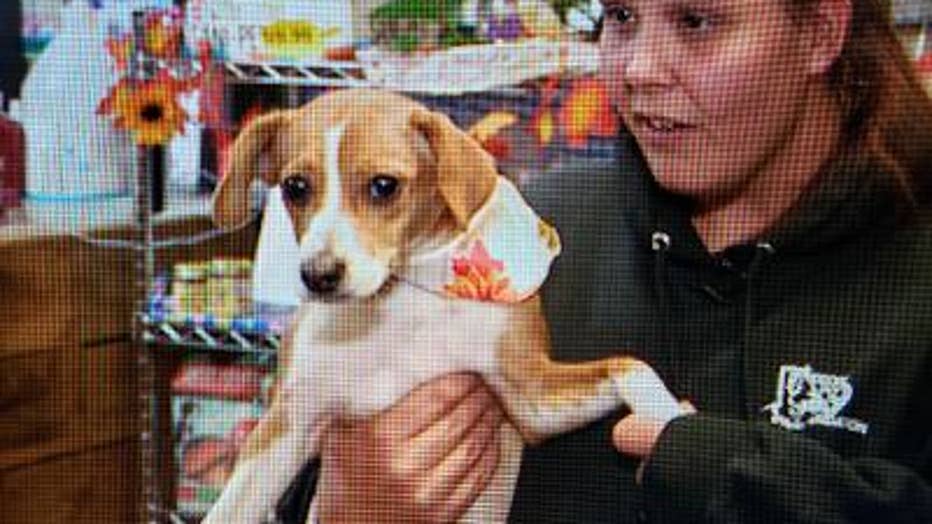 "We had to coax her out and when we finally got her out she was so sweet and she just hung on to us and kissed us like she was happy we found her," Collum said.

Amanda believes the dog, now named Summer after the street she was found on, is about a year old. She didn't have any broken bones, just a little road rash.

Police shared the video with FOX 5 earlier this week. Saturday, the chief of Adairsville Police said that people saw the story and reported a suspect, which led to an arrest. 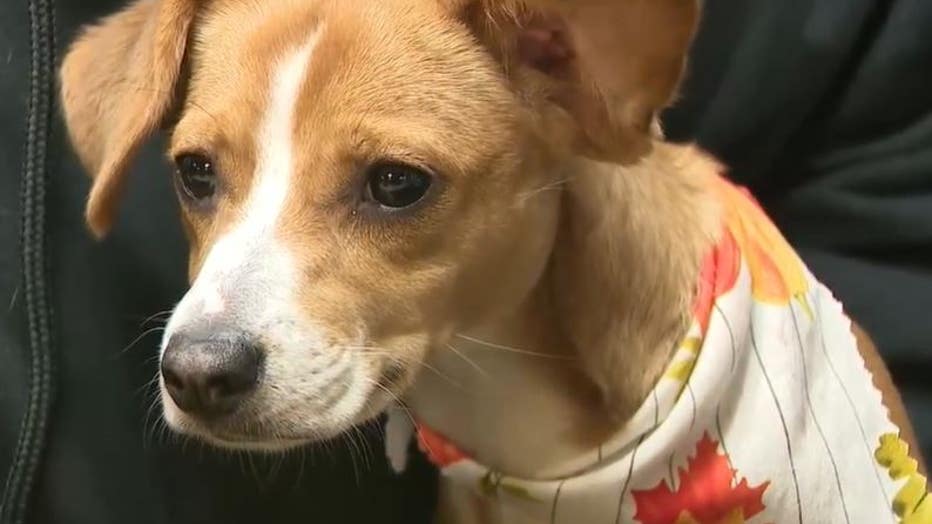 Collum doesn't understand how anyone could treat an animal so viciously.

"The front door was open at the time, we were here.  He could have just walked in the door and handed her to me, I wouldn't have asked any questions if he didn't want her," she said.