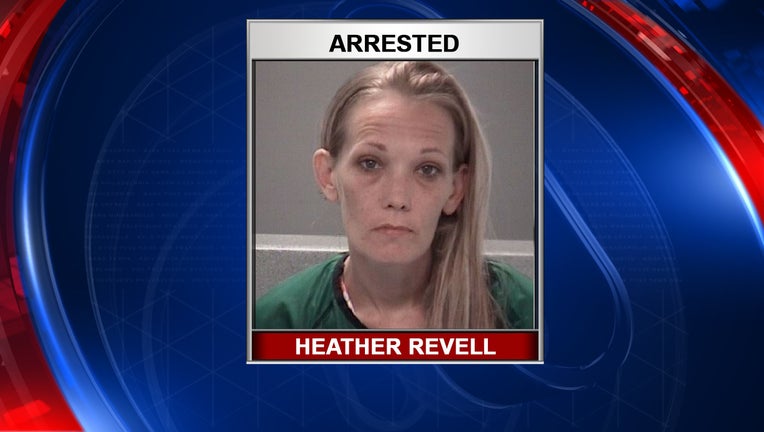 On Sunday, first responders arrived at the home of 35-year-old Heather Revell after she called 911. Detectives said Revell was taking care of the 1-year-old child, but authorities didn’t specify their relationship.

Detectives said Revell admitted to injecting heroin laced with fentanyl into herself in front of the victim, and thought she had cleaned up all of it, but she didn’t. Officials said the young victim ingested the fentanyl and became lethargic. Revell called 911 after.

Narcan was used by paramedics to fight the overdose. The child was taken to a nearby hospital for further treatment. Officials said the child is expected to survive.

During a search of her home on Ermine Drive in Holiday, deputies said they found Xanax, fentanyl, heroin, a syringe, a metal spoon and cotton filters.

Revell was arrested on child neglect and drug-related charges.