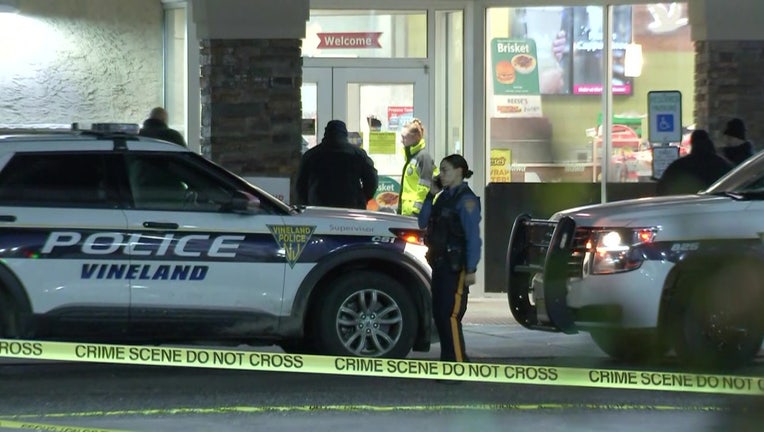 PHILADELPHIA - Authorities in Cumberland County are investigating after they say a man was shot and killed outside of a Wawa late Thursday night.

The shooting occurred at the Wawa location at Park Avenue ad Delsea Drive in Vineland.

Investigators say Luis Rivera, 23, was killed after he was shot while leaving the Wawa.

While the investigation is in its early stages, authorities say evidence recovered at the scene indicated that the shooting was not a random act.

The investigation is ongoing with the Cumberland County Prosecutor's Office and Vineland police.